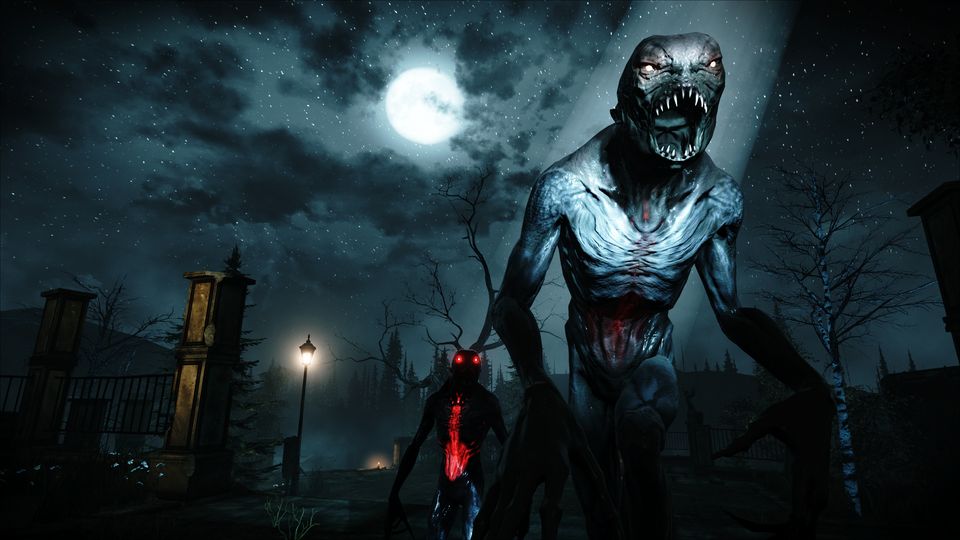 We recently got to spend some time with the beta build of Alone in the Dark Illumination. The title is actually the sixth in the series and comes nearly seven years after the previous game. Ilumination is developed by Pure FPS with Atari handling publishing.

Illumination is set in the abandoned town of Lorwich, Virginia. It was once a flourishing industrial town thanks to the mining industry but a mysterious flood brought devastation. The town was evacuated and everyone has kept away due to reports of a supernatural force known as The Darkness. Naturally it’s your job to fight The Darkness and take back the town.

The game is powered by Unreal Engine 4 and tackles the survival horror genre with a strong emphasis on action. There is no indication what stage of development the beta was from but we’re hearing that they are targeting an early 2015 release date.

With all beta builds you can expect to find bugs and problems as well as missing or incomplete features. The Alone in the Dark Illumination beta focused on one of the single player campaigns from the final game called Mines of Lorwich. This campaign featured four levels – The Ghost Town, The Dangerous Descent, The Hollow Catacombs and The Infernal Furnace.

The beta build featured a single character class, The Hunter. The final game is expected to ship with three additional classes which are the Witch, the Priest and the Engineer. We’re also expecting to see two more single player campaigns. In addition to the single player there will be co-operative multiplayer modes which you can tackle with friends.

Trying to tie the games to the rest of the series the Hunter is a direct descendant of Edward Carnby – one of the original Alone in the Dark heroes. The Witch is also the great-granddaughter of Emily Hartwood – the heroine from the original game. It looks like the final game will allow customisation of each character but this wasn’t available in the beta.

Starting the game took forever with one of the longest load times we’ve ever experienced. Not a good start but hopefully something that will be ironed out before launch. Each level starts with a huge wall of text to give background on the story. We’ll presume its placeholder and that this will be communicated better in the final release.

Once in the game it becomes immediately clear that it is influenced by Resident Evil, Alan Wake and Left 4 Dead. The Hunter has a resemblance to Leon Kennedy from Resident Evil. The action is viewed from a third-person perspective and it feels like the camera is actually sat on his shoulder. It’s awkward at the best of times and leaves you with a narrow field of view. The characters head also obscures a decent portion of the screen. It takes some getting used to but does help give a sense of claustrophobia.

The environments are incredibly dark and a bit confusing to navigate. The game doesn’t hold your hand to constantly point you in the right direction. It does however highlight important objects in the distance with glowing outlines to give you an idea of where to head next.

Environments are procedurally generated which means that objects, enemies and doors may be in slightly different positions each time you play. This is a welcome feature that helps things feel fresh and aids replayability.

The environments are also full of monsters who are all out for your blood. They pour into areas from every possible angle and you need to be careful not to get overwhelmed. Taking your time is important and it is possible to open and close doors as you go to keep some control over their numbers.

The Hunter character carries dual pistols, an assault rifle and a flamethrower. In the final game the other classes will all have their own specialties. However these are mostly useless against enemies unless they are in the light. As you progress there are lights to turn on plus barrels to set on fire to illuminate the areas. This is essential as it weakens the enemies allowing you to take them down with a couple of shots.

Something strange about the beta is that there seems to be next to no feedback when you shoot enemies. This makes it hard to know if you’ve hurt them or not and they just kind of fall over when they die. Combat is currently rather boring and could be far more entertaining if the developers can add more of a sense of fear which is currently lacking.

In its current state the game feels very rough and doesn’t look like something running on Unreal Engine 4. We also ran into huge performance issues where the framerate would often plummet. The game chose to run on the highest graphical settings but knocking them down to the lowest had little effect on the poor performance. Hopefully the developers are planning plenty of work here before launch.

Our time with the Alone in the Dark Illumination beta left us feeling rather underwhelmed and disappointed. The beta gave us a taste of what’s to come but felt a long way from release. If you’re a fan of the Alone in the Dark series or the survival horror genre then the game is worth keeping your eye on. We’re hoping that the beta was an old build and that the final release will be much improved.

Alone in the Dark Illumination is expected to release on PC in early 2015 and can be pre-ordered via Steam for £22.99. EF will be bringing you more on the game as it moves closer to release.