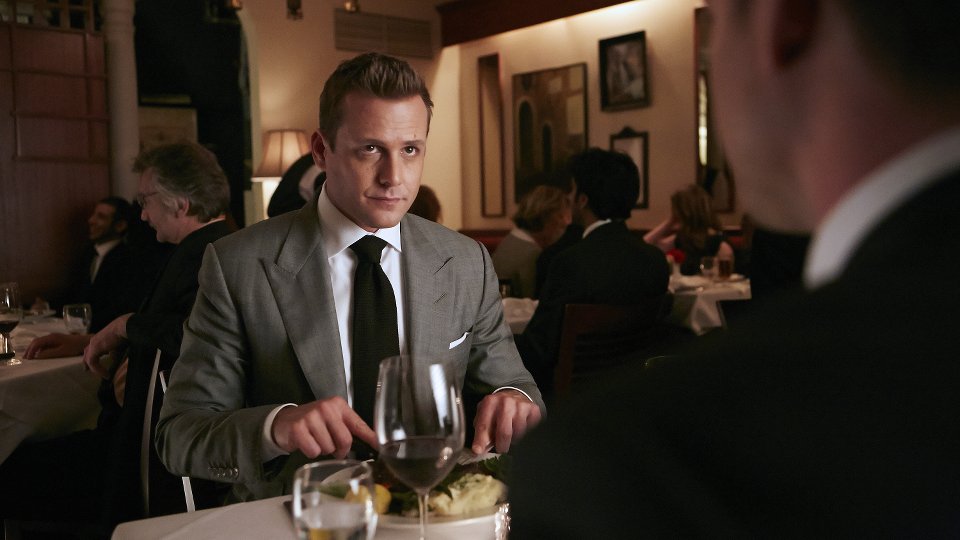 Mike (Patrick J. Adams) found himself between a rock and a hard place in the latest episode of Suits.

Leveraged found Mike in a tight spot after Sidwell (Brandon Firla) gave him a one-week timeline to deleverage Gillis Industries following his purchase of 100,000 shares. Mike tried to appeal to Tony Gianopolous (Rob Stewart) for money but was refused after Louis (Rick Hoffman) intervened as revenge for Mike’s deception about Sheila (Rachael Harris).

That forced Mike to turn to Charles Forstman (Eric Roberts), a shady character who has a past history with Harvey (Gabriel Macht). The deal was agreed but under the terms Mike had to cut out Sidwell.

The next episode of the season is Pound of Flesh. Mike and Harvey make rival bids for more Gillis shares. Rachel’s heavy workload takes its toll on her health.

Tune in to Dave HD at 10pm on Thursday to see the latest episode of Suits. Preview it with our gallery below: