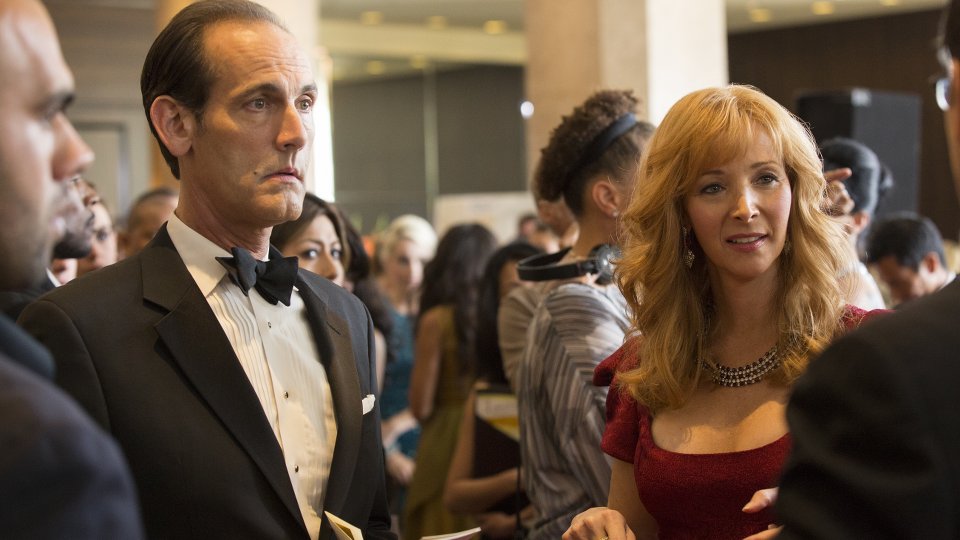 Lisa Kudrow’s under-rated comedy series The Comeback made a long-awaited return to our screens this week after a near 10 year absence.

The series, which follows the exploits of fame hungry actress Valerie Cherish (Kudrow), picked up her story following the failure of Room & Bored, the sitcom that gave her a comeback in the first season of the show. Older and arguably a bit wiser, Valerie continued to make us laugh and cringe in equal measure in season 2 opener Valerie Makes a Pilot.

In the episode Valerie assembled her own amateur camera crew with the hope of pitching a new reality TV show to Andy Cohen. During the process of putting it together we found out what Valerie has been doing for the past 9 years, and it was revealed that her former Room & Bored nemesis Paulie G (Lance Barber) is making an HBO show called Seeing Red which fictionalises his feelings towards her.

Valerie accidentally ended up auditioning for the lead role and was shocked when she found out she’d got the part. Can Valerie really work with Paulie G again after all the issues the two had in the past?

The next episode of the season is Valerie Tries to Get Yesterday Back. Valerie is reunited with her former producer Jane (Laura Silverman).

Advertisement. Scroll to continue reading.
In this article:The Comeback