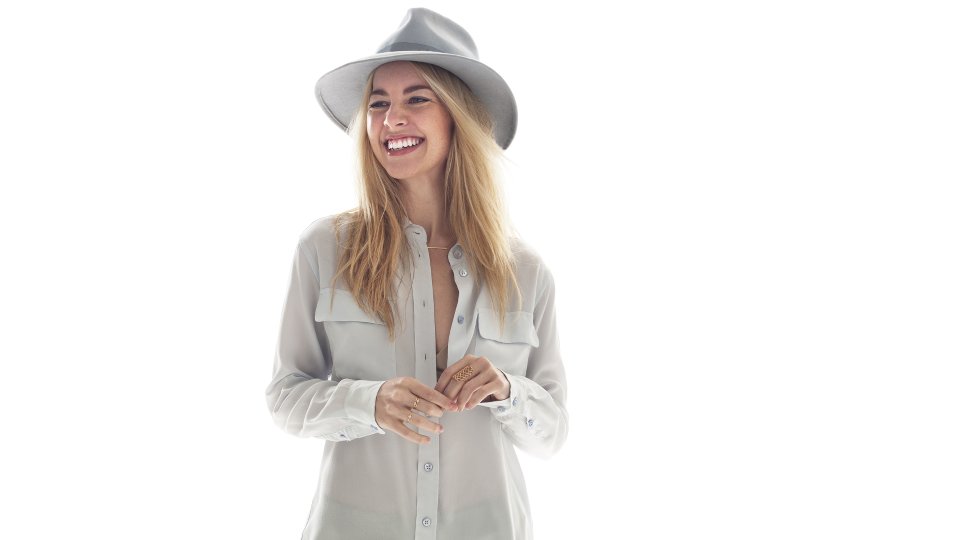 Broadway star Morgan James is building on her rising success with the release of her album Hunter.

In her career to date she’s appeared on Broadway in shows such as Godspell and Motown The Musical, and now she’s turning her attention to the charts with the release of Hunter. The album is a mixture of original material and cover versions that perfectly showcase Morgan’s incredible voice.

Ahead of her UK tour, which kicks off on Friday, we caught up with Morgan to find out more about Hunter, talk about what fans can expect from the tour, and to discuss her career so far.

Hi Morgan. How are you today and where does this Q&A find you?

I’m great! Thank you, and I’m excited to be back in the UK.

Your album Hunter is released in the UK in February. What can people expect from it?

I am so excited to release Hunter in the UK and beyond! The album is a full meal: original soul music, straight from my journal, complete with full band and layers of choirs that I sang myself. There are three classic covers on the album, as well. It’s rich, emotional and sexy.

When you decided to record Hunter, what was your aim with the record?

Well, I didn’t know exactly – it takes time to narrow down the songs, find the right sound. But I knew I wanted to create an album that was somehow classic and new, that had real ingredients and a lot of soul.

Hunter was produced by Doug Wamble. How did the two of you meet and decide to collaborate?

Doug and I met when he was hired to play on my first record, Morgan James Live: A Celebration of Nina Simone. He starting playing in my band full-time, and really got me on the path of song-writing. He and I wrote most of the album (and many songs that didn’t make it onto this version) over the course of a year before we went into the studio.

There are a couple of covers on Hunter. Why did you choose those songs to include amongst your original material?

“Call My Name” has been my encore for years. That exact arrangement has been with me, in my head and my voice, for a long time. So including it was a no-brainer…but it took us quite some time to get the permission from Prince to release it. [Record label boss] LA Reid thought we should include the addition two covers; he heard me sing them at a live show, and thought they would be great for the expanded edition of Hunter. Before I started writing music, I exercised my creativity by re-imagining classic songs. I learned a lot about arranging that way.

You’ve got an incredibly powerful and versatile voice. What do you do protect it and keep it healthy?

Thank you! I try to get a lot of sleep, eat right and drink a lot of water. I go to my voice lessons every week (when I’m not travelling!), and practice consistently. You have to treat your body/instrument like an athlete.

You’ve performed on Broadway in several shows over the past few years. Which has been your favourite to be a part of and why?

They were all such different and special experiences! But I would have to say Motown: The Musical was probably my favourite, because I got to be a part of bringing Mr [Berry] Gordy’s legacy to the stage.

You’ll be touring the UK in February. What can your fans expect from your live shows?

I will be performing as a guest with Postmodern Jukebox – and if you haven’t seen them, you must! They re-imagine pop music in a classic and sometimes hilarious way. I will be singing several tunes you’ll recognize…

Have you been over to the UK before? If so how did you find it and what did you love about it?

Yes! I spent several weeks in Scotland and London working on a project, and was in Ireland last year. I adore how beautifully green it is, the history and architecture… And, most importantly, tea and scones. And Guinness and Red Breast!

What other projects do you have coming up in 2015?

I will be singing the Bernstein Mass with Philadelphia orchestra in May, possible festival and opening slots through the summer. I’m starting to write more new music, and I hope to be back in Europe in the fall with my band! Fingers crossed!

Morgan’s debut album Hunter is released on 9th February 2015 on Sony Music. She will be touring the UK from 6th – 17th February. More information and tour dates can be found at www.morganjamesonline.com

Advertisement. Scroll to continue reading.
In this article:Morgan James