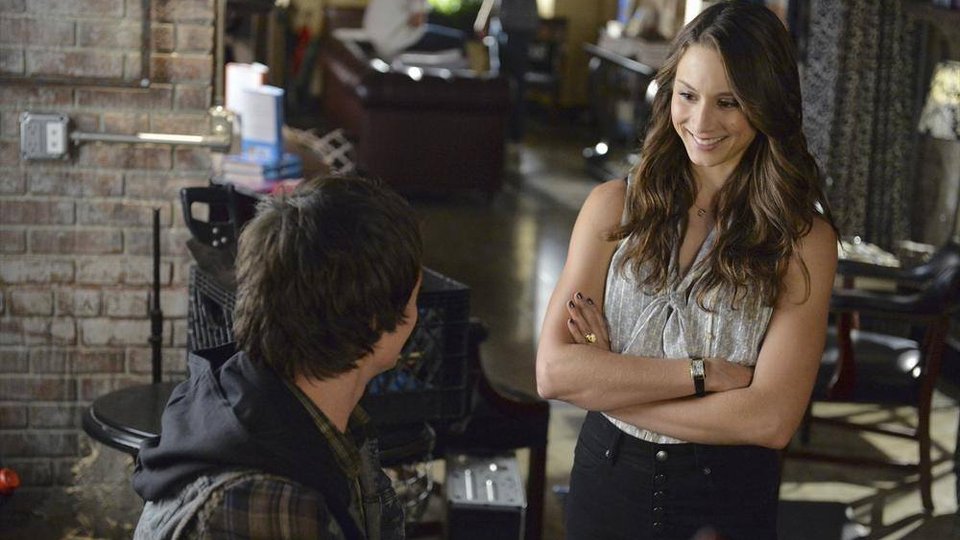 In the latest episode of Pretty Little Liars the contents of the barrel were revealed to Tanner (Roma Maffia) and Toby (Keegan Allen) but not to us viewers.

Hanna (Ashley Benson) and Caleb (Tyler Blackburn) went on an ill-advised mission to try and remove the barrel almost getting caught by Tanner and Toby. Meanwhile Aria (Lucy Hale), Spencer (Troian Bellisario) and Emily (Shay Mitchell) had a close call with A after following Mona’s (Janel Parrish) laptop signal to an abandoned ice-cream factory.

The next episode of the season is Oh, What Hard Luck Stories They All Hand Me and ahead of the episode three clips have been released. You can get a sneak peek at what’s to come by watching the clips below:

Emily tries to figure out Talia

Mike has a heart-to-heart with Aria

Emily talks to Caleb about Talia