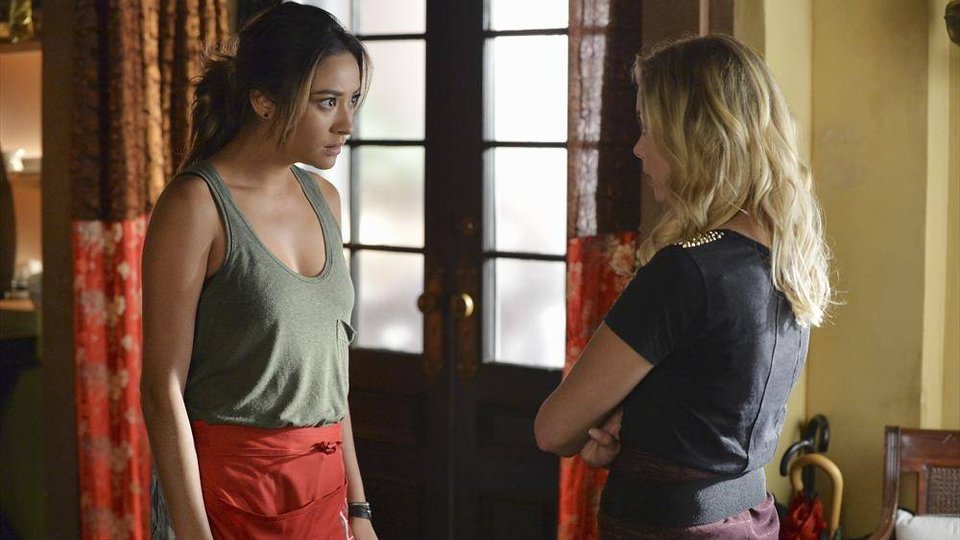 To say that the future is looking bleak for Hanna (Ashley Benson) is an understatement after the latest episode of Pretty Little Liars.

Having discovered that the storage unit containing evidence for Mona’s (Janel Parrish) murder was registered in her name, Hanna and Caleb (Tyler Blackburn) attempted to go back to move the barrel and find out what was inside it. They didn’t manage to do it and were almost caught by Tanner (Roma Maffia) and Toby (Keegan Allen), who did open the barrel but are yet to reveal the contents.

Elsewhere Spencer (Troian Bellisario) and Aria (Lucy Hale) had a close call with A but were saved by Emily (Shay Mitchell) when they got locked in a freezer. Read our full recap of The Bin of Sin

The next episode of the season is Oh, What Hard Luck Stories They All Hand Me and it marks the return of Detective Holbrook (Sean Faris) who has been M.I.A. for weeks. Are the girls right about him having something to do with Mona’s death and helping Alison (Sasha Pieterse)?

Tune in to ABC Family on Tuesday at 8/7c in the US and Netflix on Wednesday in the UK to see the episode. Preview it with our gallery below: