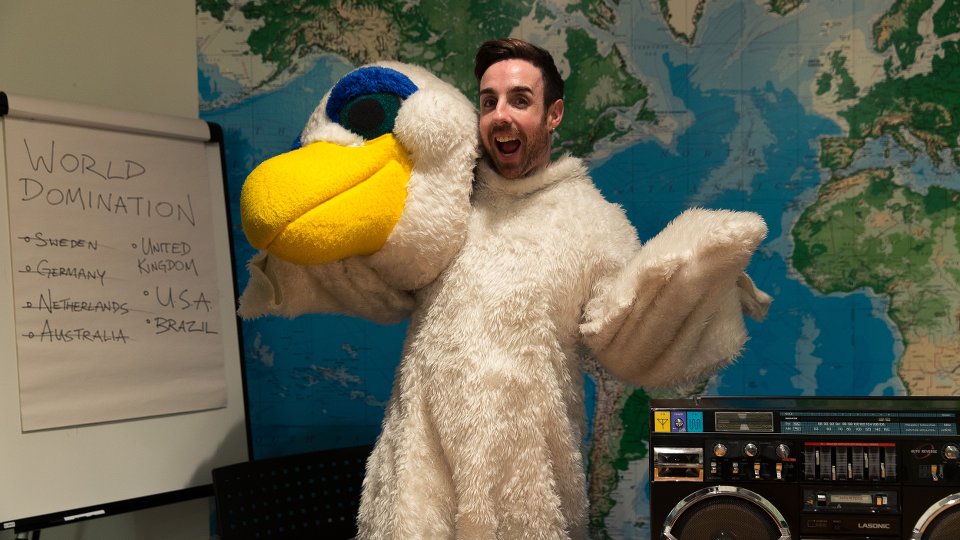 Swedish DJ AronChupa has teamed up with former X Factor star Stevi Ritchie for the new music video for his single I’m An Albatraoz.

The new music video features Stevi wearing an albatross suit in various locations around London. As he encourages people on the street to dance and have fun, there’s a cameo from BBC Radio 1 presenter Greg James.

Talking about the new video Stevi said, “I’ve done some pretty hilarious and random gigs in my life but I can’t say I’ve ever run around in a giant albatross suit before! ‘I’m An Albatraoz’ is such a fun and catchy tune, I couldn’t say ’no’”. I’ve had the song stuck in my head for weeks now. Sorry if it’s now in yours!”

I’m An Albatraoz has racked up over 72 million streams on Spotify and the official music video has had over 35 million views on YouTube.

In this article:AronChupa, Stevi Ritchie, The X Factor