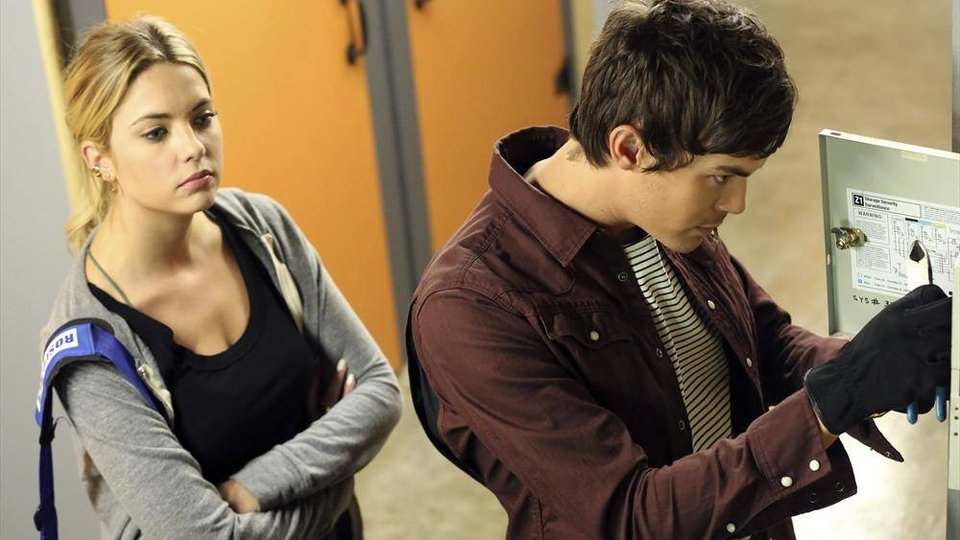 The duo teamed up after Mona’s laptop was activated and they tracked it down to a storage unit. After breaking in they found plenty of evidence including Mona’s bloodied clothes and a barrel that was giving off a nasty smell. Before they had time to check it out the lights went out and they ran.

Calebdid some further digging and found out that the unit was registered to Hanna (Ashley Benson). Is this another of Alison’s (Sasha Pieterse) games? Is Holbrook (Sean Faris) involved? Read our full recap of Over a Barrel

The next episode of the season is The Bin of Sin. Hanna and Caleb return to the storage unit to investigate the barrel but could they be about to land themselves in a lot of trouble?