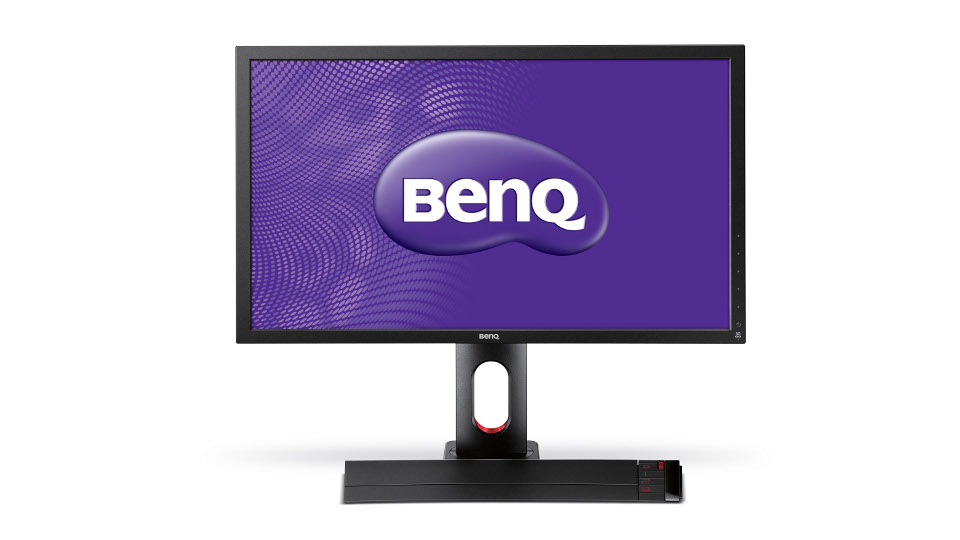 After spending a small fortune on your gaming rig it’s important to remember to leave enough budget for a decent screen. Monitors have really dropped in price over the past few years but if you’re serious about your gaming we’d recommend aiming higher than the budget models. With their XL2720Z model BenQ have crafted a monitor designed for First-Person Shooter games. We’ve spent several weeks testing it out in a variety of scenarios to see if it’s worth your hard-earned cash.

The BenQ XL2720Z is a 27-inch monitor. If you’re used to using something smaller expect it to look absolutely massive when you first take it out of the box. Once mounted on its stand the monitor looks fantastic with a matte-black finish and red highlights. The stand allows the screen to be tilted or rotated and the height can also be adjusted with ease. The stand has a metal handle at the top to allow easy movement, a headphone hook plus a hole at the bottom to keep your cables tidy. You can also attach to a VESA mount if you prefer.

Rotating to portrait mode allows easy access to the impressive selection of included ports. There’s two HDMI, Dual-link DVI, VGA, DisplayPort and USB. If you own a gaming console or two then you can have them connected at the same time as your PC and switch between them as needed. The left side of the monitor features another two USB ports plus a 3.5mm headphone jack for audio. About the only thing it’s missing is optical-out but most gamers will be fine without it.

Despite the size it only supports a standard HD resolution of 1920×1080. This is perfectly fine for gaming but things can look a bit too large in Windows unless you sit back from it. It isn’t really a problem though and is more something that takes a little time to get used to. As you’d expect the monitor really shines once you throw some games at it.

A big part of this is down to the decision to go with a Twisted-Nematic panel rather than an In-Plane Switching one. This brings a lightning fast 1ms pixel response time and higher than normal refresh rate of 144Hz. One of the top features is the inclusion of BenQ’s Motion Blur Reduction technology. When active this makes the screen a bit darker but it also results in a much smoother picture.

Other technologies present in the XL2720Z include 3D Vision 2 compatibility and Low Blue Light which aims to reduce eyestrain. This also eliminates the need to wear those fancy yellow tinted glasses that are popular with some gamers. It’s also flicker-free at all brightness levels which allows you to play for longer before experiencing eye fatigue. Another neat feature is the ability to brighten dark areas of the screen without adversely affecting the already bright areas.

There are display pre-sets optimised for CounterStrike that also work well with other games but you can also set your own preferences. The default settings are meant to be tweaked and it’s well worth spending time here in order to get it right for your setup.

At the bottom of the right side of the XL2720Z is a series of touch sensitive buttons. These look cool and glow as your finger gets close but in practice they are a bit unpredictable and don’t always seem to register as well as they should. When they do an interface appears on-screen to guide you through the myriad options.

An easier way to navigate the menus is via the S. Switch. This is a little wedge shaped attachment that looks a little like a PC mouse. It features four buttons and a scroll wheel. It’s designed to dock at either side of the base and has a weak magnet to keep it in place. Once docked it looks just like part of the base.

The BenQ XL2720Z definitely isn’t your average monitor and is jam-packed with features aimed at gamers. Aside from a few minor complaints this is one of the best gaming monitors we’ve ever tested. If you’re in the market for a large screen for your gaming setup then the BenQ XL2720Z is a wonderful choice. The XL2720Z is currently available online for as little as £319.99.