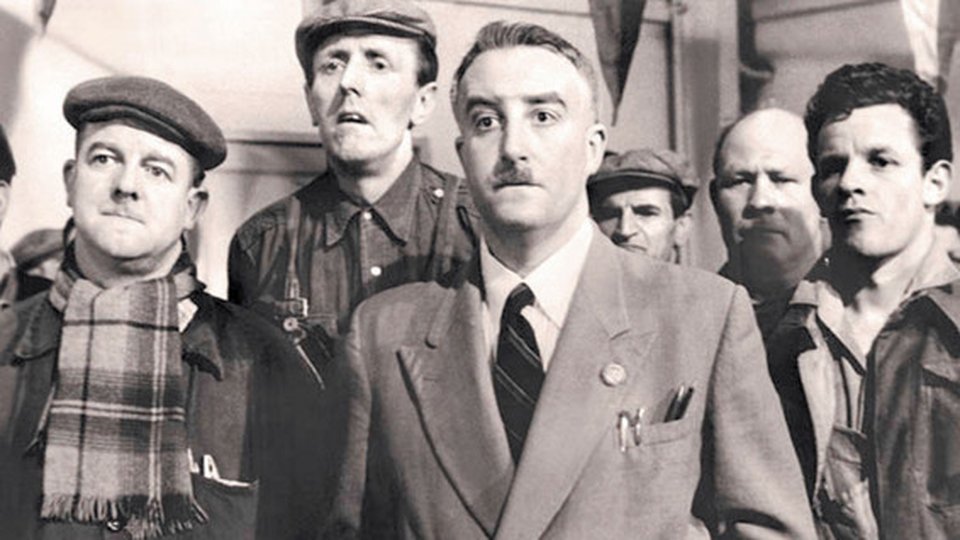 I’m All Right Jack is an enormously enjoyable and funny farce, which features a stellar cast of household British entertainers of yesteryear.

A suitably convoluted plot sees Stanley Windrush (an excellent performance of mild-mannered upper-class twittery from the late, great Ian Carmichael) emerging from the army and taking on a menial blue collar job that is beneath his social standing. The film, made in 1959, is essentially a satire on British industry, and it certainly had its finger on the pulse, with the 1960s and the social revolution that saw the beginning of the dismantling of the deep-rooted class system in British society just around the corner.

Of course, over half a century after it was made, much of I’m All Right Jack is now outdated, and it often feels quaint. A word of warning to the easily offended: characters utter words to describe people from ethnic minorities that would now be considered racist. Viewed as a product of its time though, I’m All Right Jack is a laugh-out-loud, endearingly good-natured farce. The main attraction for contemporary audiences will be for the wonderful cast that devotees of British film history will relish seeing giving universally great performances.

Stealing the show (and winning a BAFTA for his troubles) is Peter Sellers, who once again proves his ability to take on large but highly inventive personas. Here he plays Fred Kite, a Communist trades unionist with a soft spot for Stalin who calls the workers out on strike. His bolshie, humourless character neatly contrasts with the bosses. Dad’s Army fans will enjoy seeing John Le Mesurier playing the sort of role he could do in his sleep: mild-mannered and fey, his officious investigator into the workers’ efficiency could easily be Sergeant Wilson taking on another job outside of Mainwaring’s bank. Le Mesurier reports to Terry-Thomas, the expert at the upper-class cad, and again, his character speciality doesn’t disappoint. Only the recently-deceased Richard Attenborough plays somewhat against type, as a smooth, softly-spoken and extremely corrupt boss.

Fans of great British character actors will also enjoy turns from Margaret Rutherford (the definitive Miss Marple), Kenneth Griffith, unsurprisingly playing a Welsh worker, and Dennis Price, who is again lost in a conventional part surrounded by more attention-grabbing actors. The only unwelcome appearance occurs towards the denouement of the piece, with a cameo by Malcolm Muggeridge playing himself.

I’m All Right Jack cleverly manages to never quite be on anybody’s side during the industrial dispute, with virtually everybody emerging as corrupt or having vested interests in the strike. In so doing, the movie manages a universal appeal; though anyone who remembers the 1970s and 1980s will recognise a very quaint depiction of industrial unrest and picketing.

In many ways, I’m All Right Jack was brave for its time, with bookended sequences taking place at a nudist camp providing bawdy humour and a display of plump female bottoms – risqué for the 1950s; and the satirical nature of the subject matter, which plays out as a knockabout farce, saves any viewer from taking the points it makes too seriously. Ian Carmichael is perfectly endearing in the lead role, and a chance to see the film in high definition, picking out every detail of the wonderful performers, leaves I’m All Right Jack appealing to modern audiences, and funny enough to laugh along.

Extras include a Paul Joyce-directed segment on Peter Sellers, which includes an interview with Ian Carmichael, as well as Liz Fraser (one of the few remaining actors) sharing her reminiscences of being cast in the film.