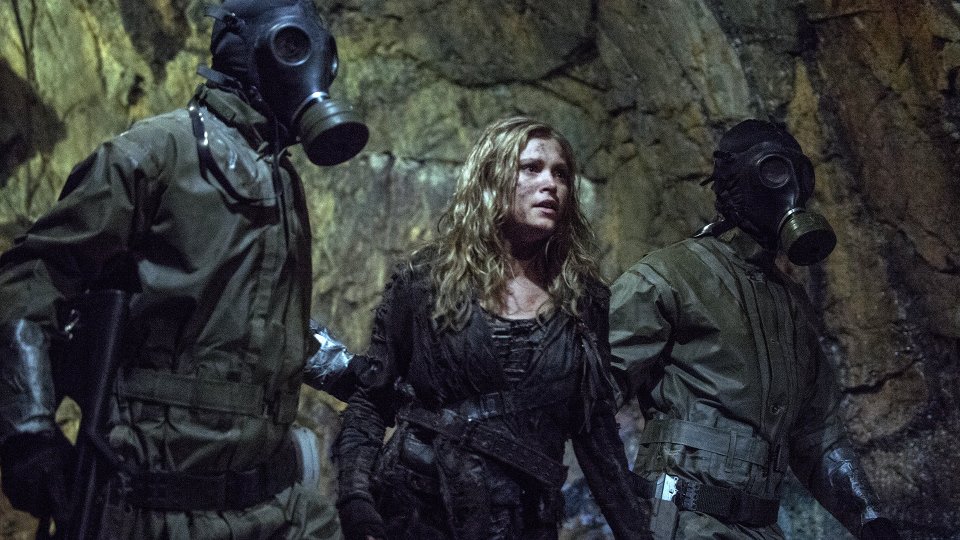 Clarke’s (Eliza Taylor) suspicions proved to be right when she made a shocking discovery at Mount Weather.

Determined to prove that her new home wasn’t as perfect as it seemed, Clarke discovered that humans were being held captive to provide a blood supply to the medical ward at the facility. Not only that but she discovered that Grounder Anya (Dichen Lachman) was amongst them.

Elsewhere in the episode Abby (Paige Turco) removed a bullet from Raven (Lindsey Morgan) that threatened to paralyse her and helped Finn (Thomas McDonell) and Bellamy (Bob Morley) lead a small group to find the rest of their people. On The Ark Jaha (Isaiah Washington suffered from oxygen depravation which led him to have hallucinations of his son. He managed to get off The Ark and crash-landed on Earth. Octavia (Marie Avgeropoulos) took extreme measures to get Lincoln (Ricky Whittle) back from the Grounders but her success was short-lived when reapers attacked and kidnapped him.

The next episode of the season is Reapercussions. When Clarke discovers a horrifying project being carried out in Mount Weather’s medical ward, she joins forces with an unlikely ally. Kane punishes Abby.

Advertisement. Scroll to continue reading.
In this article:The 100