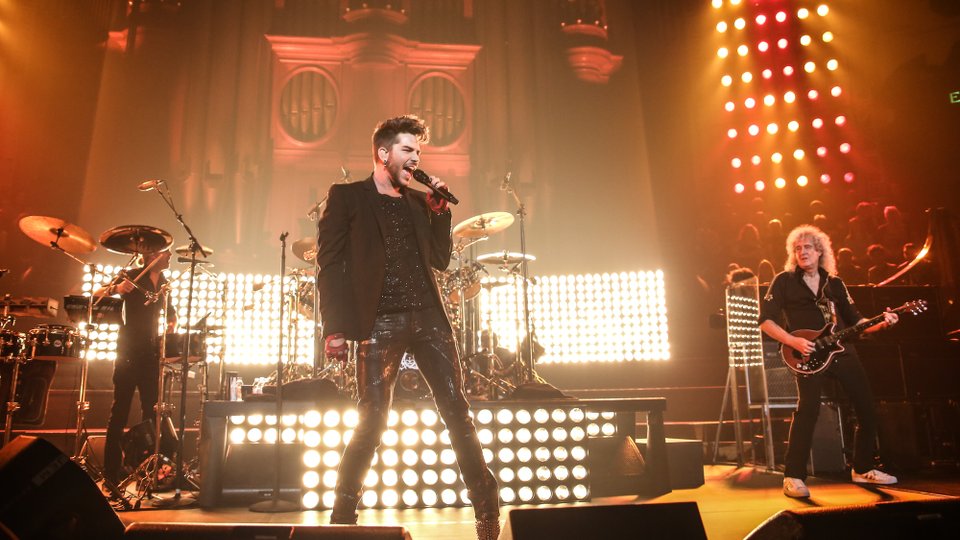 Queen + Adam Lambert are the cover stars for the latest issue of Classic Rock Magazine.

The release of the issue comes just days after Queen + Adam Lambert wowed fans with their BBC 1 New Year’s Eve concert. The event saw Adam tackling some of Queen’s biggest hits and new figures confirm that they entertained 13.5 million viewers (previously it was reported to be 12 million).

In Classic Rock Magazine Adam Lambert talks about the huge job of filling Freddie Mercury’s shoes. He reveals, “There’s never going to be another, and I’m not replacing him. That’s not what I’m doing. I’m trying to keep the memory alive, and remind people how amazing he was, without imitating him. I’m trying to share with the audience how much he inspired me.”

Queen’s Brian May showers Adam with praise saying, “Adam is the first person we’ve encountered who can do all the Queen catalogue without blinking. He is a gift from god.”

Roger Taylor adds, “He’s incredibly musical, and we certainly take anything he says quite seriously.”

Brian goes on to praise Adam’s voice saying, “Adam’s got that instrument, and goes for it” with Roger Taylor calling Adam’s voice “one in a billion.”

Queen + Adam Lambert kick off their European arena tour next week in Newcastle and it’s sure to be must-see show. Take a look at the cover of the new issue below: