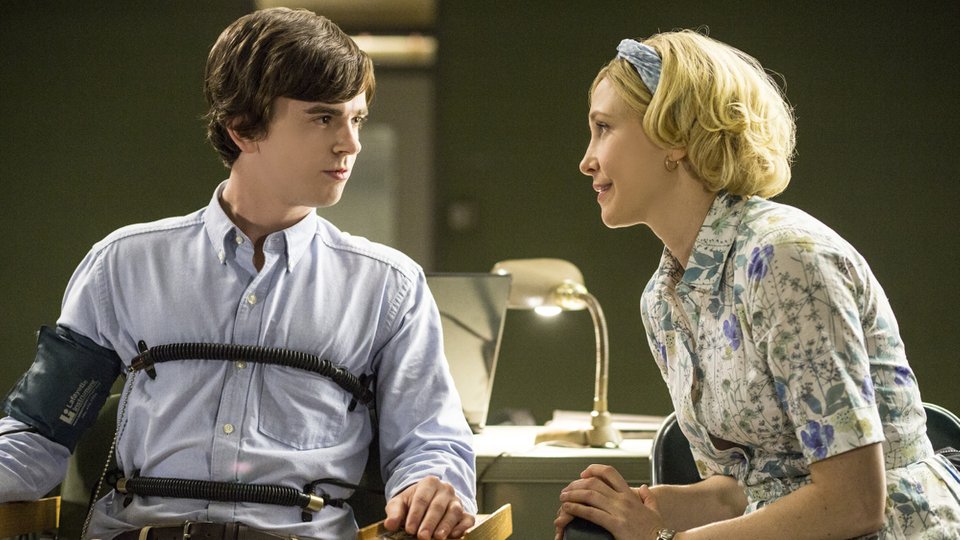 A new teaser trailer has debuted for the upcoming third season of Bates Motel.

In the new 30-second teaser, new Bates Motels visitor Annika Johnson (Tracy Spiridakos) is seen stripping off revealing red underwear and as the camera pans back it takes you through a peep hole where Norman Bates (Freddie Highmore) is watching. He then hangs up a picture over the hole, turns away and smile.

The new teasers pays a clear homage to the classic Hitchcock movie Psycho which saw Norman spy on Marion Crane as she prepared to shower.

The season two finale saw Norman over-taken by his split personality as he passed a polygraph test clearing him of a murder he had actually committed.

Bates Motel returns to A&E in the US in March 2015. It’s expected to follow in the UK shortly after. Watch the new trailer below: