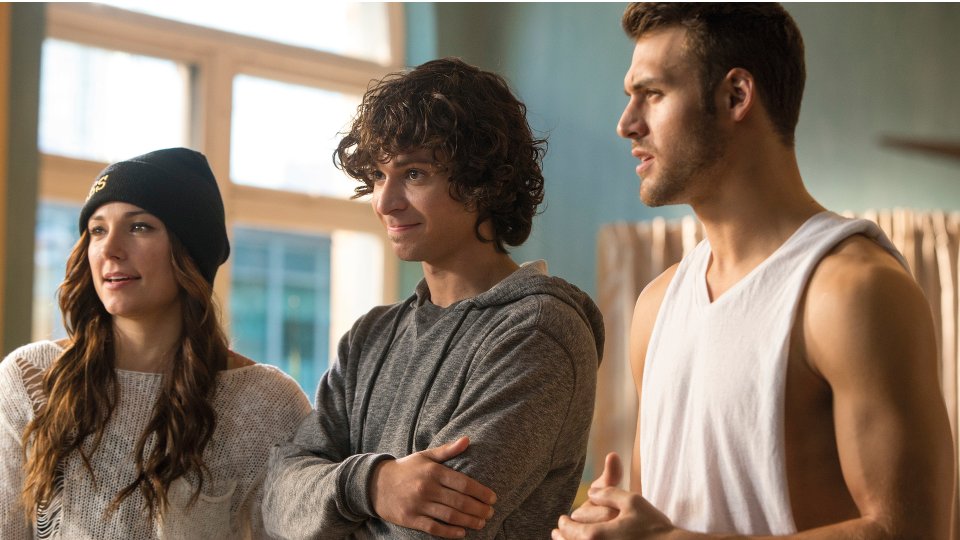 Go all in with the fifth instalment of one of the most popular dance franchises in history as Universal Pictures (UK) releases Step Up 5: All In on 3D Blu-ray, Blu-ray and DVD on 1st December 2014.

Taking dancing to a whole new level, the filmmakers reunite all the fan’s favourite dance crew members from previous instalments in glittering Las Vegas, battling for a victory that could define their dreams and their career. With its unique blend of urban grit and classical dance, Step Up 5: All In takes the competition to astonishing new heights in the next electrifying chapter of the international phenomenon that is Step Up.

Follow the dazzling journey of Miami street dancer (and hottie), Sean Asa (Ryan Guzman), as he moves to Hollywood with visions of fame and fortune, only to discover the almost insurmountable odds of making if in the professional dance world. But when the new dance crew he forms with the beautiful and headstrong Andie West (Briana Evigan) reaches the final rounds of a high-stakes reality TV competition in glittering Las Vegas, he has a shot at finally making his dreams come true. But only if he can set aside old loyalties and long-time rivalries and just do what he loves most… DANCE!

The dancing will dazzle with adrenaline charged energy, awe-inspiring scope, and the romance will sizzle. Don’t miss out on owning the ultimate ‘all stars’ Step Up 5: All In released on 3D Blu-ray, Blu-ray and DVD on 1st December 2014.

To win one of 3 copies of Step Up 5: All In on DVD, just answer the question below.

In this article:Competition, Step Up, Step Up 5, Step Up 5: All In