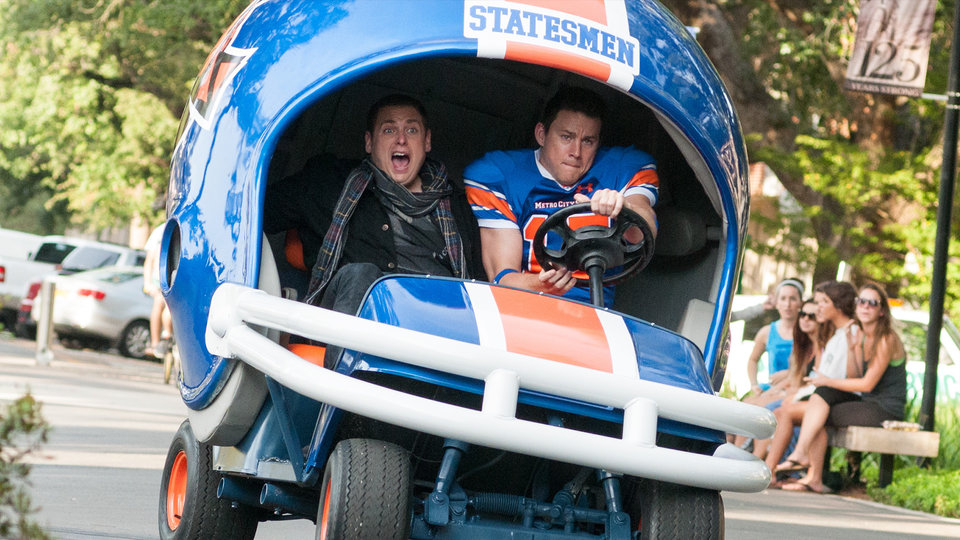 Jonah Hill (Moneyball) and Channing Tatum (Foxcatcher) are back in action in Columbia Pictures’/Metro-Goldwyn-Mayer Pictures’ outrageously explosive 22 Jump Street, out now on Blu-ray™ and DVD from Sony Pictures Home Entertainment.

After making their way through high school (twice), big changes are in store for officers Schmidt (Hill) and Jenko (Tatum) when they go deep undercover at a local college. But when Jenko meets a kindred spirit on the football team, and Schmidt infiltrates the bohemian art major scene, they begin to question their partnership.  Now they don’t just have to crack the case – they have to figure out if they can have a mature relationship. If these two overgrown adolescents can grow from freshmen to real men, college might be the best thing that ever happened to them.

Bonus features on both the 22 Jump Street Blu-ray and DVD include five deleted scenes, commentary with Directors Phil Lord and Christopher Miller, as well as Hill and Tatum, and a “Line-O-Rama” alternate scene that gives audiences a look at different takes during one of the film’s funniest scenes.

Also included on Blu-ray and DVD is “The Perfect Couple of Directors” featurette, which takes a look at the directors’ creative vision for 22 Jump Street and their collaboration with Tatum and Hill. Blu-ray exclusive bonus features include 17 additional deleted and extended scenes (22 in total), six all-new featurettes, four more “Line-O-Ramas,” a montage of jokes cut from the film, and two viral videos, “Zook & McQuaid’s Football Tape” and “Jenko Split”.

In this article:22 Jump Street, Competition