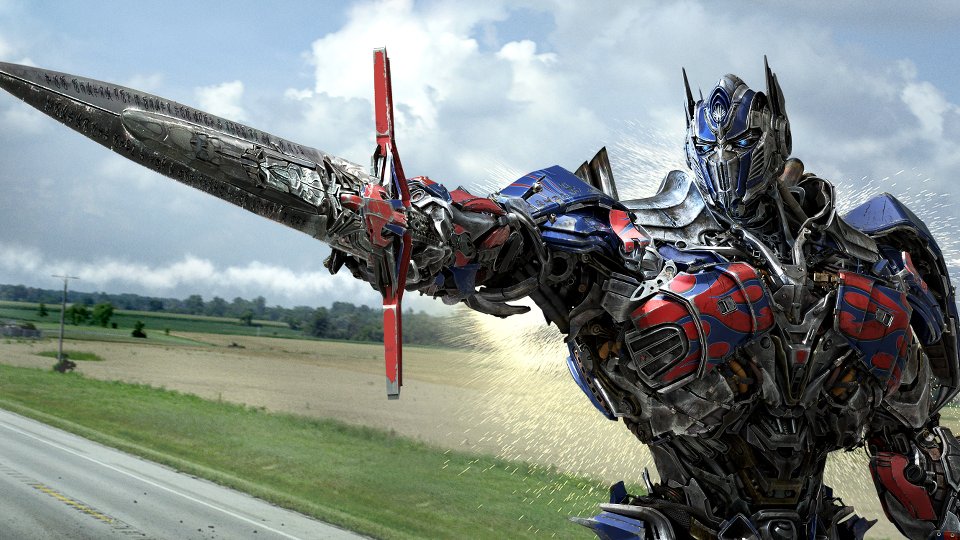 The Transformers are on the run after the events of Chicago. The government has initiated a black-ops protocol that has forced the Autobots into hiding, as humans look to take control of the situation. But under the corrupt fist of Harold Attinger (Kelsey Grammer), this task is made more dangerous. He is working alongside an Alien bounty hunter looking to kill all Transformers. Attinger is also utilising Transformers technology himself to make his own robots. And he is using data from the battered body of Megatron to fuel his experiments. In the meantime, a struggling mechanic named Cade (Mark Wahlberg) stumbles upon an old rig he things he can restore to make some cash. But this isn’t any ordinary rig, its Optimus Prime. This discovery puts Cade and his family in danger from Attinger and his shadow organisation so Prime steps into action once again.

I wanted to love Transformers: Age of Extinction but I’m getting quite fed of constantly being slapped in the face by this franchise. The first movie was great but the second was truly horrid. The third was much better in tone and spectacle but still suffered from misplaced comedy and annoying deviations from the classic source material. An hour into Age of Extinction and I really did think that they had addressed every problem to create a competent and enjoyable change of pace. They had set me up yet again though, because after such a promising start it all just goes to waste with a nonsense middle section and an unrewarding final third.

The cast are all of secondary concern really but Mark Wahlberg is solid as usual as the ridiculously named Cade Yeager. It’s great to see Kelsey Grammer back in big films and he does very well here as does perennial scene-stealer Stanley Tucci. He proves once again that his stock elevates any film in any genre and he is easily one of the highlights of Age of Extinction. It’s a Michael Bay film so eye candy is dutifully obliged by the beautiful Nicola Peltz, a capable young actress who gains nothing from her clichéd role as ‘hot girl in hotpants’. But she does look great in those hotpants.

The Transformers are what we are all here to see though and over four movies, I still don’t think we have had one robot vs robot smackdown that has does the Transformers legacy justice. Optimus Prime, the big fan-favourite, has now been flogged to clichéd death. His one-liners make him out to be a geriatric off his meds and for some reason we are never treated to what really made that character so iconic to generations of fans. Even Peter Cullen, the immortal voice behind Prime, must feel hard done by here. The Dinobots, so anticipated by fans the world over, are just ruined and the rebirth of Megatron as Galvatron is just shoddy. Anyone who remembers the animated Transformers movie from the 80s will wince at how badly they have screwed up their origins.

The only big plus point from a theatrical point of view is that 60% of this movie had been shot in IMAX. And it’s a glorious 60% that fully utilises the technology to present some breathtaking spectacle. The scenes open up the IMAX screen to as broad a canvas as you can hope, and it does look amazing. It helps that the epilepsy-inducing effects from the second movie have slowed down to a manageable speed. The detail is staggering and the action is vividly brought to life in the cinema format, proving that IMAX really is finding its rhythm. Who knows what could have happened if a decent script was paired up with these beautifully rendered, immersive and crystal clear effects?

Transformers: Age of Extinction is a big missed opportunity given what’s come before. After the third movie, you felt that they could have really pushed on in a new direction but after an hour of this film, you realise that this isn’t going to be the case. After a very bright start the same problems surface, with a lack of respect for the source material coupled with a needless desire to do things differently all severely hampering this project. Transformers: Age of Extinction is a poor affair that is only suitable for die-hard purists happy to overlook its glaring issues.