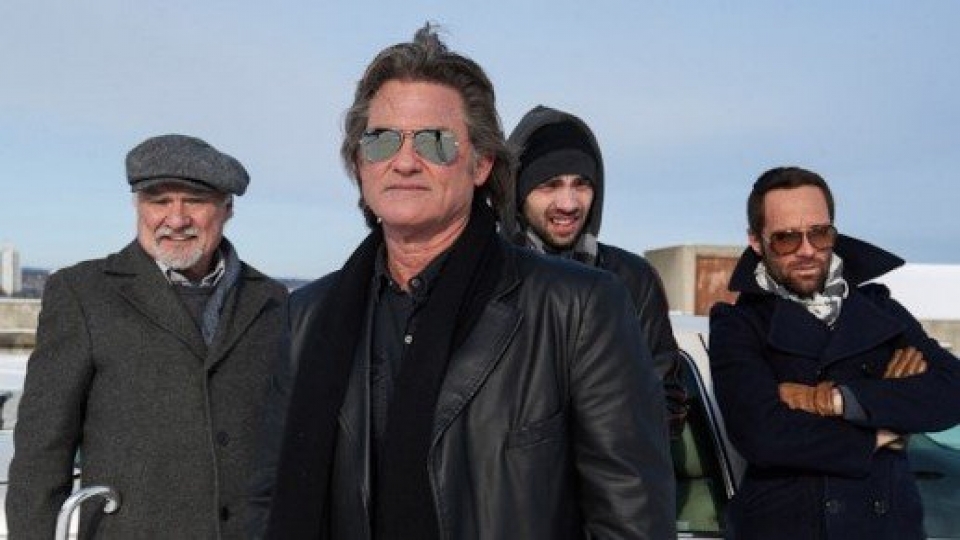 The Art of the Steal DVD review

Ageing motorcycle rider Crunch Calhoun (Kurt Russell) gets out of jail after being stitched up by his half brother Nicky (Matt Dillon). Putting their differences aside, they reform their old gang to go after a huge payday – an Art theft that will set them all up for life. But can Crunch trust Nicky after all these years?

In the mould of Oceans 11, this crime-caper hits every one of its marks. Writer/Director Jonathan Sobol looks to have had a lot of fun making this movie, having clearly been influenced by the great heist films of the past. It has a sleek visual style that perfectly complements the double-crossing, high risk nature of the plot. It’s nothing you haven’t seen done before in films like Smoking Aces, Confidence and Lucky Number Slevin, but it’s still very entertaining all the same.

Kurt Russell turns back the clock and hands in a great performance as the delightfully named Crunch Calhoun. No one plays a scumbag quite like Matt Dillon and he dutifully obliges in his role with both men sharing great banter and rivalry. Throw in Katheryn Winnick as Crunch’s girlfriend (who attracts the attention of Nicky) and you have a great dynamic to play with.

The ensemble has a lot of fun too with Jay Baruchel, Terence Stamp and Chris Diamantopoulos all lending great comedic support in this fun and entertaining heist adventure. Kenneth Welsh enjoys his role as the seasoned veteran of the group and frequently steals his scenes. Jason Jones is on hand to make sure the slapstick buffoonery of Interpol is well represented too.

The Art of the Steal doesn’t reinvent the wheel but it does offer a hell of a lot of fun. The action and excitement keep you on the edge of your seat and the cast are all excellent. Sometimes it’s nice to get such a pleasant surprise and The Art of the Steal is certainly that. A great night out at the movies that plays its hand with panache and style.

Random Acts of Violence – watch the trailer for the upcoming horror