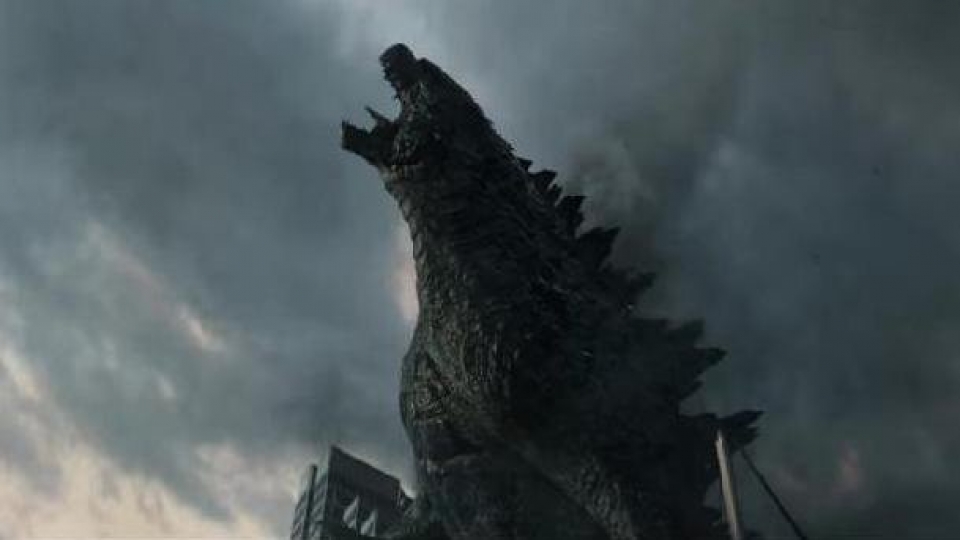 After a tragic Nuclear power-plant disaster, Joe Brody (Bryan Cranston – Breaking Bad) seeks answers and the truth amid a government cover-up. Years pass and finally he makes a breakthrough, just as seismic activity mirroring that fateful day resurfaces. Events previously attributed to a freak accident turn out to be something a lot bigger and much more dangerous – an alpha-predator has awakened and threatens to put earth back into the Stone Age.

The monster hit of 2014 finally arrives and brings with it huge levels of expectation. Thankfully in the hands of Welsh director Gareth Edwards, Godzilla proves to be an entertaining spectacle that justifies the hype to a certain degree. Regardless of a few shortcomings, it perfectly entertains throughout and does provide lots of jaw-dropping moments.

A stellar cast including Bryan Cranston, Juliet Binoche, Sally Hawkins, Ken Watanabe and Elizabeth Olsen join front-man Aaron Taylor-Johnson in a human-interest blockbuster that puts characterisation first. The start of the film plays out better than the end with Cranston and Binoche doing particularly well in establishing an emotional back-story that runs through the film. Olsen doesn’t have a great deal to do but she sells the angle of a young wife looking to reconnect with her husband well.

Aaron Taylor-Johnson preps for his upcoming stint in The Avengers sequel with a strong leading turn as a young soldier caught in the melee. He has bulked up considerably and handles the action well. Ken Watanabe and Sally Hawkins add to the films gravitas but sadly don’t have much to do other than look shocked. They do it better than most though.

Godzilla is a disaster movie first and foremost and plays every hand with precision to cultivate a truly awe-inspiring spectacle. The effects are superb, the set-pieces keep you hooked and the first reveal of Godzilla in all his glory is worth the admission price alone. But in a conscious effort to do things differently, Gareth Evans has adopted a teaser approach to the action throughout the film which frequently glimpses something awesome but then cuts away to something else. This is all well and good if the end pay-off is spectacular but Godzilla’s final fight is very underwhelming. Call me old fashioned but I want to see a lot more of Godzilla smashing things and fighting in the final third – the audience certainly deserves that.

Godzilla is a very entertaining summer blockbuster that has a lot going for it. It goes without saying that this is an event movie in the truest sense and as such, fully justifies a watch. But you will be a little underwhelmed given the great set-up, the awesome effects and the stellar cast. Godzilla has never looked so good and is a commendable effort, but it still hasn’t got the balance quite right.