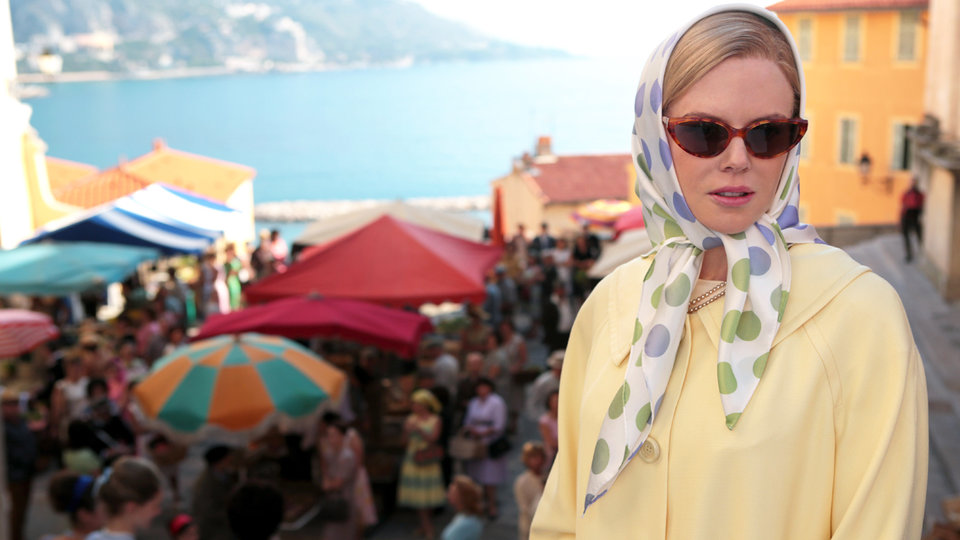 Former Hollywood star Grace Kelly (Nicole Kidman) struggles to find her place in the world after a few years of marriage to Monaco’s Prince Rainier III (Tim Roth). It’s 1962 and Rainier is embroiled in a political dispute with France’s president Charles De Gaulle, who sees Monaco and its tax benefits as a way deterring big business from his country. This comes at a politically-delicate time, as France requires huge financial gains to fund their continuing war effort in Algeria. By threatening taxation to Monaco, a looming French invasion of the sovereign state looks ever more likely. France uses Grace Kelly’s desire to return to Hollywood as a catalyst for local upheaval and discontent. Grace now faces a struggle to keep her family together and unite a nation who questions the loyalty of their princess.

With artistic differences and unplanned delays, Grace of Monaco had been in post-production hell for quite some time. Originally cited as a potential contender for last year’s London Film Festival, we now find a much quieter release for the highly anticipated drama after its savage come-down at Cannes. With early reviews scathing and on-par with the Diana biopic (starring Naomi Watts), expectation has been considerably lowered but I really don’t understand why this is attracting such incendiary press. Grace of Monaco is a well made movie with an intriguing story and strong performances from everyone involved. Yes, it’s a bit ‘TV movie’ in its inception and you can’t really buy any of it as historically accurate but as the title card states, this is a fictionalised account of real events. If you can get past the speculation of the script, it’s quite entertaining for what it is.

Nicole Kidman does a great job as Grace Kelly; a role that is very hard to play, especially given the actress’s cinematic legacy and cultural icon status. Kidman handles the complexities of Grace’s marriage quiet well too and shares a great chemistry with Tim Roth as Rainier. It’s nice to see Roth back in big movies too, and he does his best as the troubled prince struggling to keep his country free. Kidman is perhaps a tad too old to play Grace at this stage of her life (she was 26 when she married) but she still holds the movie with her presence.

The supporting cast are all superb with the always-excellent Frank Langella the pick of the bunch as confidante to Rainier and Grace, Father Francis Tucker. Roger Ashton-Griffiths does a remarkable job as Alfred Hitchcock and Robert Lindsay entertains as a pantomime Aristotle Onassis. Derek Jacobi, Parker Posey, Paz Vega and Milo Ventimiglia lend weight to the film too and all impress, even if their respective roles are (on occasion) clichéd and clunky.

The film has a gorgeous visual style that perfectly complements the period it was set. The location-shoots are blanketed in a warmth that showcases Monaco as the wonderfully desirable place it is – with sun-kissed towns, picturesque scenery and lavish, royal engagements brought lividly to life. The palace is used very well too, both encompassing the fairytale of the princess and her story and also housing the taunt political crisis of the time involving Rainier.

Grace of Monaco is a perfectly fine drama that paints an enjoyable and at times, very intriguing picture that should be treated as romanticised fiction. It’s not nearly as bad as the early reviews have suggested and I expect many have clamoured over themselves to knock this just for the sake of it. It has problems but nothing that can’t be overlooked, if just for its sheer escapism. This is a soap opera and if you approach it in the right way, there’s a lot to like here. Grace of Monaco doesn’t present itself to be a historically accurate account and as a result, it should be treated with fairness and a little bit of common sense. As a romantic drama with strong performances and a clear eye for beauty, Grace of Monaco is an enjoyable film that deserves an appreciative audience.