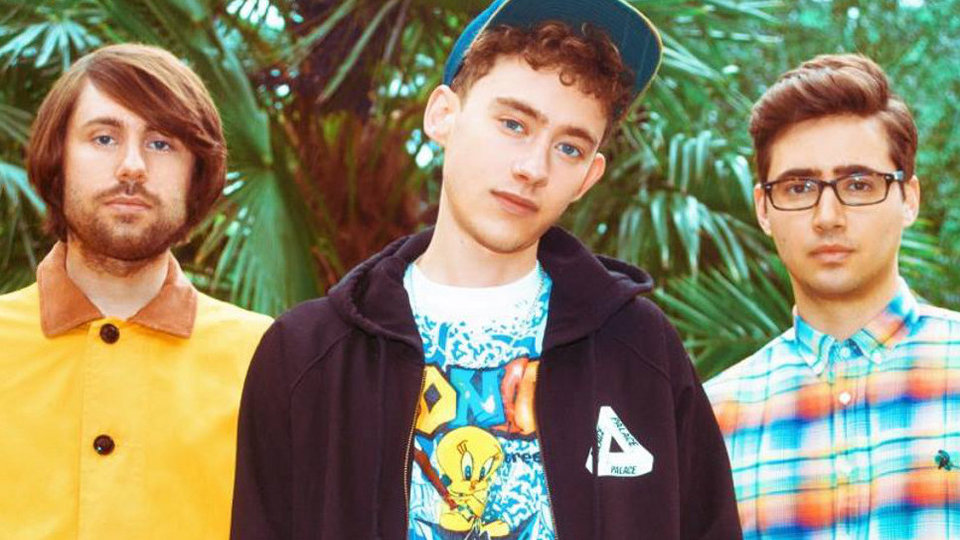 It’s the end of September which can only mean one thing – it’s time for the latest instalment of EF’s Underdogs.

With the festival season behind us we can concentrate on all the great emerging music and artists. In this regular feature we put the spotlight on those bands and artists that are under the radar but threatening to break out into the mainstream.

Find out how caught our eye the past few months and learn more about them below.

Glass Animals hail from Oxford and their first full-length album, Zaba was released this summer to much acclaim. We caught these guys on this summer’s festival circuit and fell in love with their track Gooey. After that we had to own the album which is packed with a selection of great tracks that sound fresh and contemporary.

Glass Animals’ band members have known each other since the age of 14 but only started making music after they all finished school. A few EPs later the band was born and in 2013 they came in contact with Paul Epworth who signed them to his label Wolf Tone. What we love about this band is simply the quality of the music.

Check out the video for Gooey below.

Fronted by actor Olly Alexander (Skins, Summerhill, Bright Star), Years & Years is a band that we’ve discovered this summer but have been around since 2010. After the release of a few singles the band has gained a serious following and is now about to release its first full-length album.

We discovered Years & Years at In The Woods festival, which is set in Kent and champions acts that are on the verge of breaking out. At the festival the band showed a lot of promise and certainly got the ITW crowd going during its set, which was packed with so much energy. What we love about this band is how their music makes us move!

Rockboi started off his career as a producer and remixing the likes of Amy Winehouse, Justin Timberlake and Alicia Keys. He went on to be signed by Sony in 2009 and work with the likes of Wretch 32 and Ed Sheeran. The rapper / singer and multi-instrumentalist is the brother of Labrinth and MckNasty.

Rockboi is now embarking on his solo career, which shows a lot of promise already. We like how badass his music is and think there’s a place in the urban scene for it. What we love about Rockboi is the big bass!

Check out the banging video for I Do This.

Cut Ribbons are Wales answer to Arcade Fire. The band is now back with a brand new EP Sail, which will be out in October.

Lead singer, Aled Rees says, ‘Sail was written in our studio in Llanelli and it has some lighter shades than our previous work. Walking on Wires is a song that we have had, in one form or another, for quite a while and has always remained fun to play live, now we are stopping greedily keeping it to ourselves, and are unleashing it.’

What we love about Cut Ribbons is that they perfect their craft with every track.

You can watch Walking on Wires below.

Ichi is an eccentric and talented musician and one man show from Japan. His music is not about your usual topics but instead about the random and sometimes strange. His track Go Gagambo is about a mosquito and you would never know it but mosquitos make great subjects for music. On top his eccentric song choices the man also plays all his instruments himself, which also include the ones that he built himself!

When we saw Ichi live we were equally amused and mesmerised by his mix of great beats and funny jokes. What we love about Ichi is that he is anything but boring and his music reflects that.

You can watch Go Gagambo below.

That’s all for our September edition of Underdogs with some amazing music. We hope you like it and will catch you in December with more exciting music.