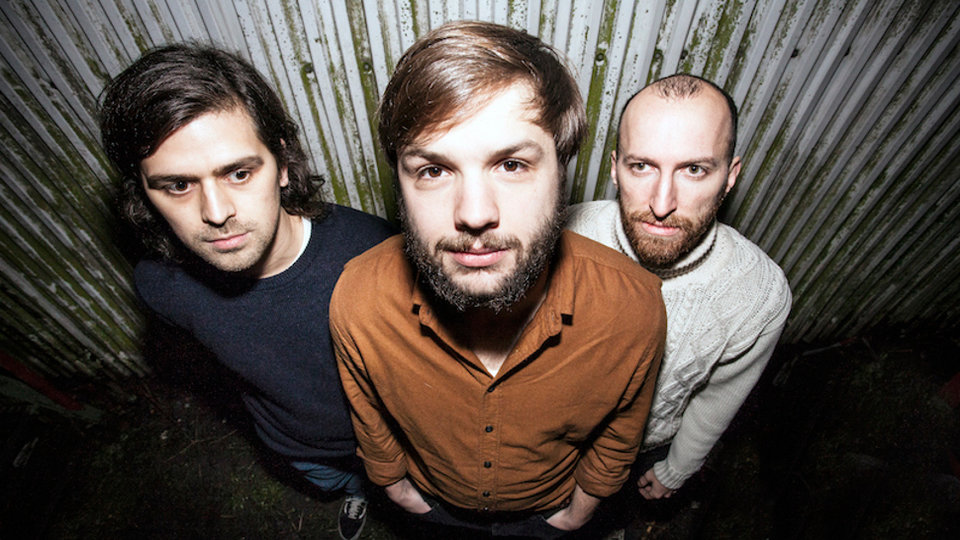 Belgian punk trio, Teen Creeps have revealed details of the second single taken from the band’s upcoming new record, Birthmarks. Mercury is taken from the new album, which will be released on 6th April through PIAS.

Singer Bert says the new song “Mercury” is about falling back into the bad habit of procrastination. “You have big plans, but you’re not getting anything done. Because you’re just too scared to get things started. So you just leave it and go out. And hate yourself for it.”

The video for Mercury is mainly made up of old footage from guitarist Joram’s family, he explains that: “My family has all these videos going back to the 60s and the 70s. I’ve had the idea of using them with a song for some time, but ‘Mercury’ is the first one where it fits”, he explains. “I made the video chopping up an evening long recording of my great-grandparent’s 40th wedding anniversary in 1975. It’s especially fun to watch my own grandparents drinking and dancing way back before I was even born.”

Talking about the album singer Bert comments: “It is an album about frustrations, shortcomings and disappointments. About misplaced hope and false expectations, about people hurting and being hurt and not being able to deal with it. Very personal for me, but that is something that I have learned with Teen Creeps: to make myself vulnerable in my texts. ‘Birthmarks’ contains the most honest lyrics that I have ever written. The title refers to events that you carry with you for the rest of your life, whether good or bad. Just as a birthmark is not necessarily beautiful or useful, it is forever.”

You can watch Mercury below:

In this article:Teen Creeps, Underdogs