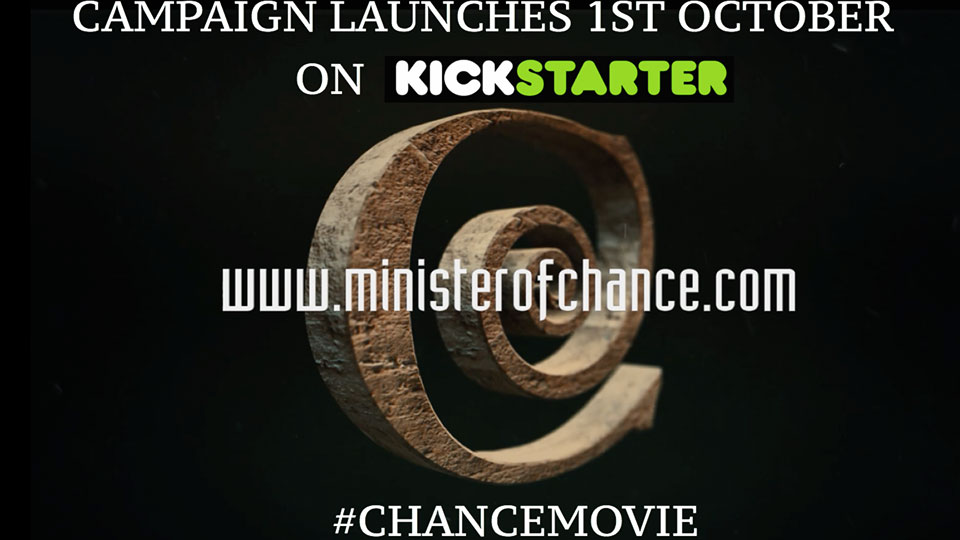 We were delighted by news that the sonic movie The Minister of Chance, the science-fiction epic we reviewed on its original audio release, is to be turned into a film. The serial stars a host of big names from cult classics and British theatre, including Paul McGann, Julian Wadham, Sylvester McCoy, Jenny Agutter, Lauren Crace, Tamsin Greig and Paul Darrow.

A pilot opening for the movie, featuring Paul McGann facing off against Tim McInnerny, is already in the can, with some beautiful Cheshire locations chosen to bring to life Dan Freeman’s imaginative script.

Now a fundraiser campaign is on the cusp of being launched to realise the whole movie – and The Minister of Chance needs your help!

From 1-31st October, a campaign will run on Kickstarter to finance the movie by offering unique rewards to donors in return for funding. Fans, businesses and enthusiasts will be able to sponsor the making of costumes, weapons and other props, then own them after they are used in the film as a valuable piece of memorabilia.

Visit Kickstarter to check out the campaign.

A little bit of history for the uninitiated: the movie began life as an audio series, with the first episode released free on the internet as a podcast. Its amazing success and rave reviews from the likes of EF, meant that fans from across the World funded a further five episodes to complete the series. Further big names including Philip Glenister and Jed Brophy joined  the cast at their own request .

The movie will be shot mainly in Cheshire, UK, home of the production team and famous for its stately homes, castles and lush landscape. Local businesses and employers will be able to sponsor transport, accommodation and meals for the cast. The production team hope that the film will boost tourism to the places used in the film, and a Sci-Fi convention for fans from across the World is being planned in Cheshire for next year.

If you’re not already immersed in the fabulous world of the Minister of Chance, then we suggest you check out the free podcast series at www.ministerofchance.com.

Social media buffs can join the friendly Minister of Chance gang on Facebook.com/theministerofchance and Twitter @ministerchance.