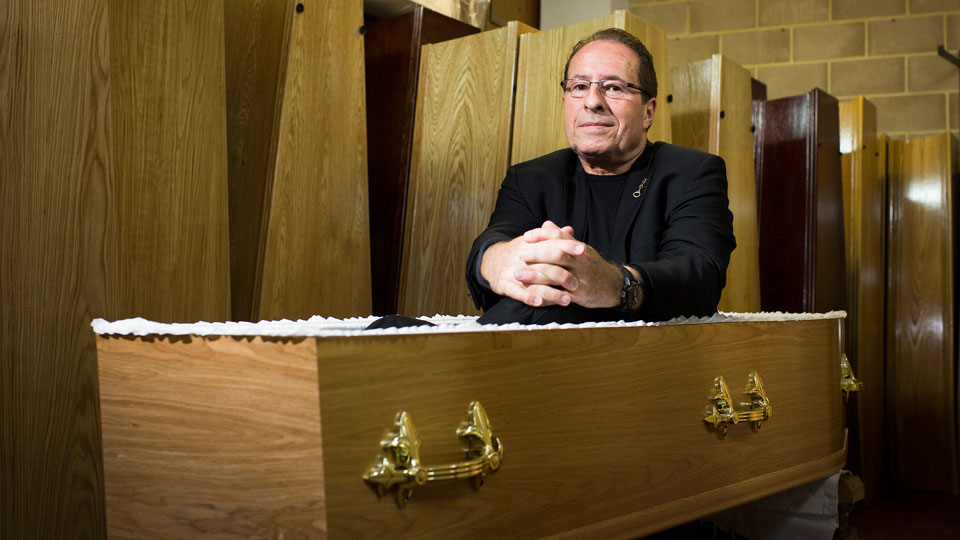 Following the critically acclaimed hit premiere stage production of Peter James’ The Perfect Murder – which recently opened its autumn tour at the Canterbury Marlowe to further rave reviews – the best-selling work of the No.1 novelist will return to the stage in 2015 with the adaptation of his most famous and popular book to date Dead Simple. A host of famous faces including Tina Hobley, Jamie Lomas and Gray O’ Brien are to bring the next claustrophobically thrilling instalment of Peter James’ work to life on stage when the tour opens in Dartford in January.

Michael Harrison thinks he has it all; great career, good friends and a beautiful fiancée. But when his stag night prank goes horribly wrong, Michael finds himself alone, buried alive and staring death in the face. As time runs out and the terror grows, Detective Superintendent Roy Grace tries to solve his mysterious disappearance, but begins to fear that Michael will never be found in time.

Olivier Award winner Ian Talbot directs an all-star cast led by Tina Hobley who returns to the stage having graced TV screens for the last 12 years as ward sister Chrissie Williams in the BBC 1’s Holby City as well as roles in Coronation Street and Harbour Lights before that and was seen earlier this year in Celebrity Master Chef. She currently presents the prime time Sunday morning programme on Smooth FM.

Award-winning TV heartthrob, Jamie Lomas has starred for the last year in Eastenders as the murderous Jake Stone and before that played bad boy Warren Fox for five years in Channel 4’s Hollyoaks. And Gray O’Brien, the award-winning star of Coronation Street, TV series Titanic, Peak Practice and Casualty as well as Sleuth in the West End, will follow up his critically acclaimed performance in The Perfect Murder by playing the famous Detective Roy Grace in this gripping, chilling, thriller that has all the classic suspense, twists and turns of a best-selling Peter James novel.

Peter James has gone straight in at no 1 in the Sunday Times bestseller charts seven times in the last four years with his Roy Grace series – with last year’s Roy Grace novel, Dead Man’s Time going straight to No.1 in the Autumn of 2013. His new novel, Want You Dead, is released in paperback at the end of October.

Dead Simple is the second of James’ novels to be adapted by Shaun McKenna and produced by Peter James and Joshua Andrews in association with Paul Tyrer and Jamie Clark at the Booking Office.

Details of the tour can be found on ATG.