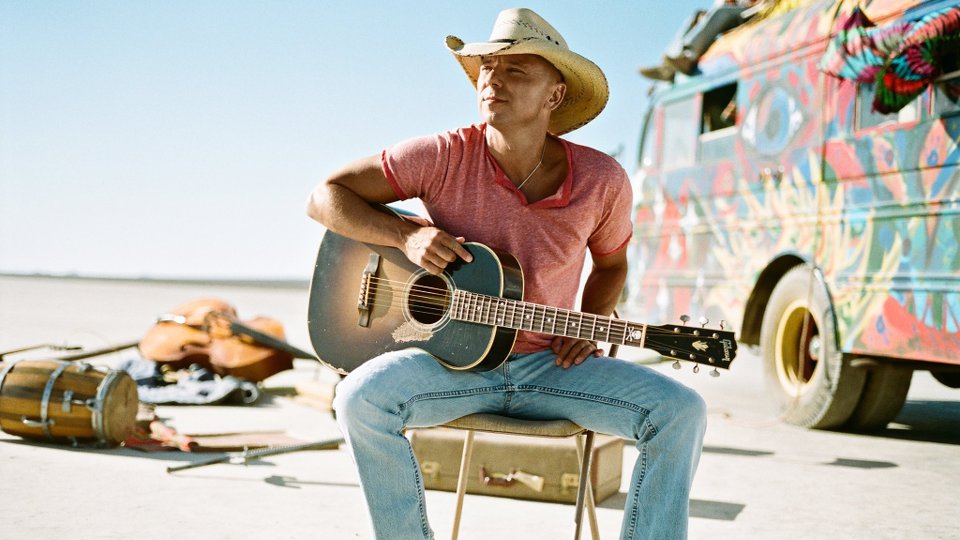 Kenny Chesney celebrates 20 years since the release of his debut album In My Wildest Dreams this year. The country star had a relatively steady climb to the top and eventually hit the big time with his fifth album Everywhere We Go in 1999. Since then he’s been a consistent feature on the charts and has shifted a hell of a lot of records. Now he’s releasing his fifteenth studio album The Big Revival.

The Big Revival is the follow-up to 2013’s Life on a Rock and features Chesney’s current US Country smash single American Kids. The album has been produced by Chesney with his long-time collaborator Buddy Cannon and features 11 new tracks. The title track opens the album infusing rock rhythms into Chesney’s signature country sound.

The mood for the majority of The Big Revival is uptempo with Chesney celebrating living life to the full. Drink It Up, one of the early standouts on the album, sees Chesney encouraging you to grab life by both hands and enjoy it while you can. Beer Can Chicken contains a similar sentiment with Chesney distinctive voice cutting through the guitar riffs and steady beat.

Wild Child featuring Grace Potter is a more delicate offering driven by acoustic riffs. Potter’s harmonies work well with Chesney’s voice building a nice chorus that shows a softer side of the country star. Album closer If This Bus Could Talk is another softer moment on the record which sees Chesney reflecting on the important things in life.

Elsewhere on the record the rocky Rock Bottom mixes a big beat with a gritty deep vocal from Chesney, Don’t It strips away the band feel of the rest of the record for an effective acoustic moment, and Till It’s Gone has a radio-friendly sound that should ensure a country radio hit if it gets the single treatment in the US.

The Big Revival is a solid album from Chesney. The themes get a little repetitive after a while and the album isn’t as varied as we expected. For the most part it’s a positive and upbeat record and Chesney sounds great. We would have liked a bit more emotion on the record and maybe a couple more heartfelt tracks. The Big Revival would be a great soundtrack for a party and it’s good enough to continue Chesney’s success for the foreseeable.