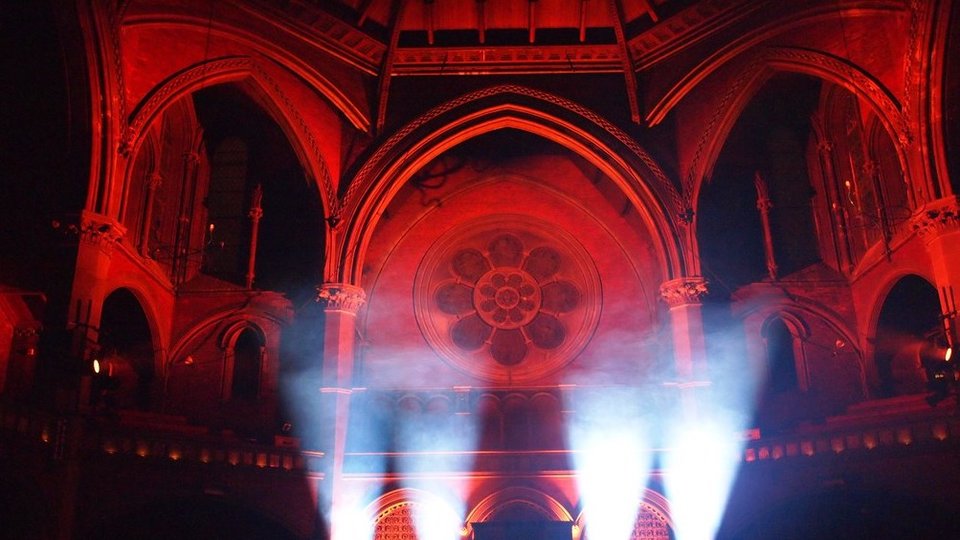 Chills in the Chapel returns for one of London’s most anticipated Halloween events.

Having hosted many memorable screenings in the past, the world famous Union Chapel in Islington plays host to one very special night of chills on October 31st.

Psycho, undoubtedly one of greatest films ever made, will be shown in the gloriously Gothic setting of the chapel. It’ll be even more chilling with Bernard Hermann’s integral score bought to life by the Live Film Orchestra.

There’ll be fancy dress, creepy cocktails and few other surprises along the way to make this a truly immersive experience. The film will be followed by The Bates Motel Ball in Union Chapel Bar from 10pm to late.

Over the years, the Union Chapel has been the best night out in London for Halloween frights. The Blair Witch Project, Nosferatu, Halloween and Invasion of the Body Snatchers are just some of the horror gems that have enjoyed sell-out nights at the Chapel. The gorgeous venue lends itself perfectly to the spectacle and this year is set to be one of its very best, especially with the Live Film Orchestra in attendance.

The Live Film Orchestra (LFO) is a collective of professional musicians and composers from the UK and abroad. Through concerts and workshops, the LFO promotes the work of composers and film makers, both established and emerging. By focusing on the performance of live films, the LFO intends to celebrate ground breaking and imaginative marriages of film and music.

The Union Chapel is so much more than an award winning music venue in Islington, it’s a Victorian Gothic architectural jewel that’s still a working church, a home to an incredible organ and the base for Margins Homelessness Project.

Coming to an event at Union Chapel supports the restoration and development of the building. Union Chapel operates as a charity dedicated to looking after the space and opening it to a diverse group of people. In the past 25 years the Chapel has gone from facing demolition to being Grade 1 listed and from being virtually abandoned to welcoming tens of thousands of visitors a year. In 2014 they were voted London’s Favourite Venue as part of the Mayor of London’s Music Awards in a public vote run by Time Out.

All funds raised by this Halloween screening go to the redevelopment of Union Chapel so it’s a great cause too.

Tickets are available but selling out very quickly – to grab yours before it’s too late head to www.unionchapel.org.uk

In this article:Chills in the Chapel, Halloween, Halloween Films 2014, Union Chapel