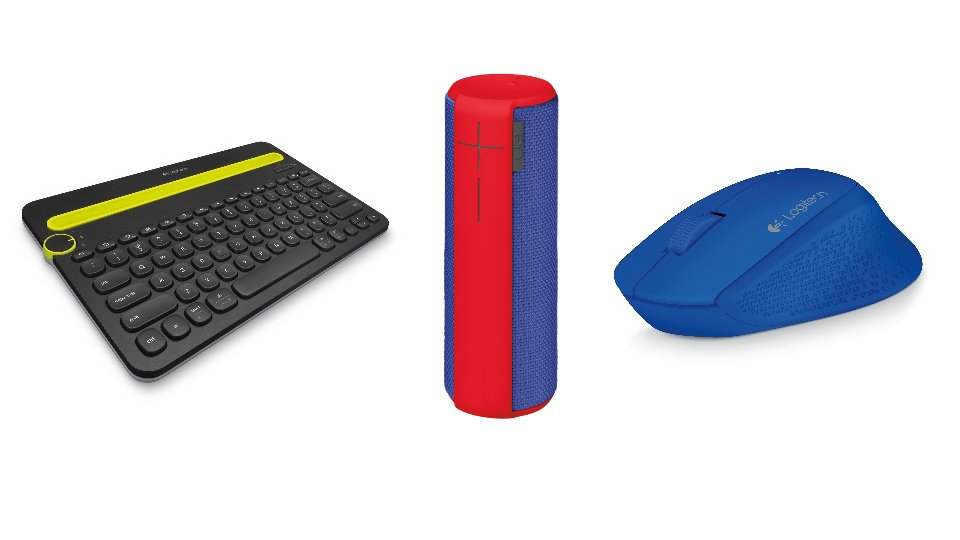 The new products announced by the technology giant were the K480 cross-device keyboard that works with your computer, tablet and smartphone, and the wireless mouse M280.

The K480 cross-device keyboard features an Easy-Switch dial that lets you change between three connected Bluetooth wireless devices. It has an integrated stand to hold your phone or tablet so you can easily see it when typing.

The wireless mouse M280 builds on Logitech’s world-renowned ability to create some of the best peripherals on the market. It boasts a contoured, asymmetric shape designed to fit in your right hand with a wide wheel to improve the scrolling experience.

The UE Boom is now available in the following colours:

The Logitech Bluetooth Multi-Device Keyboard K480 is expected to be available in the U.S. and Europe beginning in September 2014, for a suggested retail price of £49.99.

The Logitech Wireless Mouse M280 is expected to be available in EMEA beginning in September 2014, for a suggested retail price of £29.99.

Blue Steel, Superhero, Aqua, Citrus and Orchid UE BOOMs are expected to be available in the U.S. and Europe beginning in September 2014 for a suggested retail price of £169.

Advertisement. Scroll to continue reading.
In this article:Logitech