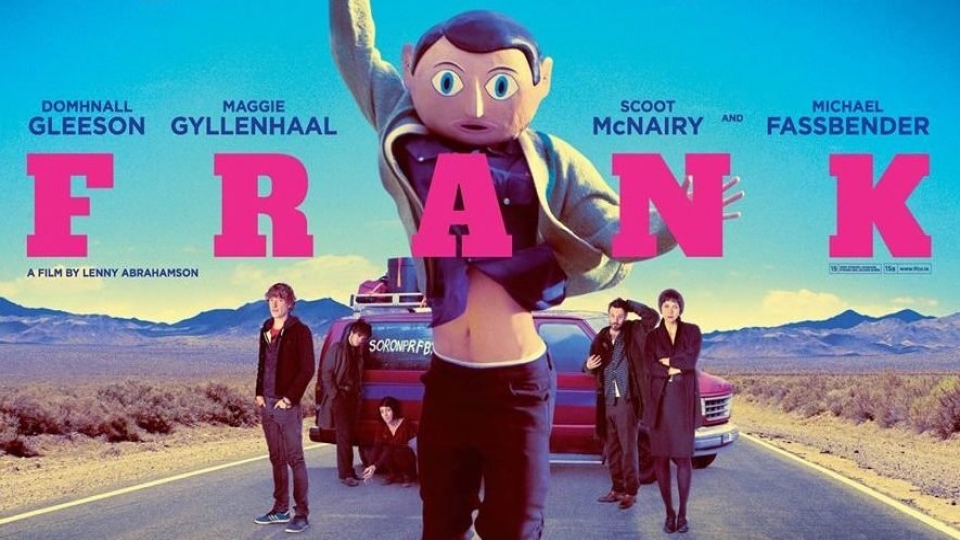 Frank (Michael Fassbender – X-Men: Days of Future Past), a papier-mâché head wearing musician, and his group strive for artistic expression in everything they do. This captures the imagination of a local lad named Jon (Domhnall Gleeson – About Time) who dreams of joining the band and realising his ambitions. Sadly the idea of a musical odyssey proves quite different to the reality, as the band make their way through recording an album.

This offbeat comedy-drama introduces us to a very peculiar set-up that’s ripe for artistic exposition and situation comedy. For the most part, Frank is a well-made story with plenty going for it. At times it labours on, but Frank still manages to keep its creative spark alive with director Lenny Abrahamson doing exceptionally well visualising writers Jon Ronson and Peter Straughan’s musical fable.

Michael Fassbender does very well as the lead but it’s hard to believe that the actor is in every scene featuring Frank, given that anyone could be under that giant papier-mâché head. But we’ll assume it is him throughout! He does give this project a wonderful level of unpredictability and makes the enigmatic Frank a character that the audience immediately becomes invested in. You easily buy into the mystery, which is a testament to the Shame stars fearless performance here.

Fassbender may get all of the plaudits but the films success actually hinges on Domhnall Gleeson’s role. As the straight-man of the ensemble, he has the toughest task in making all of the surreal hi-jinks work to the films benefit. His narration is wonderful and he shares a sharp dynamic with the cast, especially in the quieter moments with Frank or the volatile Clara (played by The Dark Knight’s Maggie Gyllenhaal). His social media interludes are also well thought-out and keep the story relevant and fresh.

The supporting cast are all good too with Scoot McNairy particularly hilarious as Don, the band manager-of-sorts. Maggie Gyllenhaal has some choice moments but is guilty of overacting at times. The situations that the band get themselves in gives this ensemble plenty of opportunity to have some fun. The SXSW road trip is a particular highlight as is the moment they realise that a vacationing family are set to move into their cabin studio after some cash-flow issues. The pokes at the fickle and superficial nature of the music business are also well observed.

Frank is an enjoyable project that will certainly strike a chord with audiences. The comedy is frequently hilarious and there are great performances aplenty, but it’s all a bit too self-aware. That said, it’s nice to see a movie that thinks differently and takes chances. With the drama behind the humour often its brightest spark, Frank is a curiously entertaining journey that plays to its offbeat charm well.