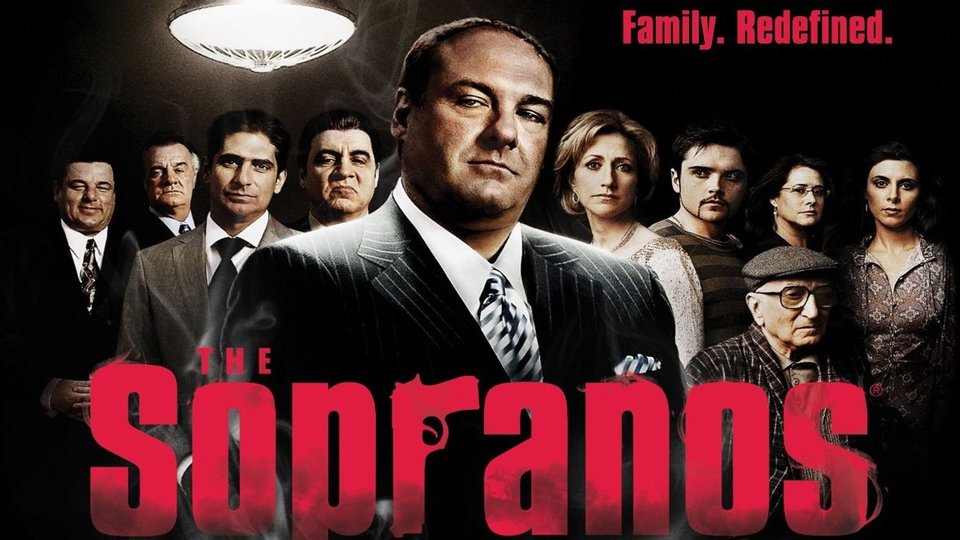 The time has come to celebrate 15 years since we were blessed with one of the most critically acclaimed TV shows ever in television history. To celebrate, HBO Home Entertainment will be releasing The Sopranos: The Complete Series on Blu-ray as a Collectable Box Set featuring all six seasons of the ground-breaking series,available for the first time on Blu-ray on 8th September 2014.

Fifteen years after making its revolutionary debut and radically altering the TV landscape, ushering in a Golden era of TV, fans of The Sopranos can now experience the show like never before. All 86 episodes of the critically acclaimed series that introduced us to one of the most notorious television characters of all time, Tony Soprano, are available for the first time as a Blu-ray collector set in 1080p high definition.

Winner of 21 Emmy® and 5 Golden Globe® Awards, The Sopranos is one of the biggest selling TV DVD box sets of all time, selling around 2.3 million copies.

The Sopranos: The Complete Series Blu-ray is also loaded with more than 5 hours of bonus material including a new and exclusive feature exploring how The Sopranos came to be and how it transformed the television landscape.
“Defining a Television Landmark”, which runs approximately 45 minutes, features all-new interviews with the cast and crew – including series creator David Chase, the late James Gandolfini (Tony Soprano), Academy Award® winning director Steven Soderbergh, Emmy® Award winner Jeff Daniels and Golden Globe winner Steve Buscemi — discussing the impact and influence of the groundbreaking series, with brand new archival footage.

Additional bonus material includes lost scenes, two round table dinners with cast and crew, 25 audio commentaries and much more as seen on the DVD collection.

Tony Soprano (Gandolfini) is the head of two families and sometimes the pressure is too much to bear. As head of the Sopranos crime family, he deals with conniving underbosses, rival families, and the occasional dead body. As husband to his wife, Carmela, and father to his two children, Meadow and Anthony Jr., he deals with financial difficulties, infidelity, and trying to keep his “professional” life from colliding with his family life.

With 28 Blu-ray discs packaged in an elegant box set featuring iconic artwork from the series, The Sopranos: The Complete Series Blu-ray is an essential addition to any home entertainment collection. Featuring all six seasons plus bonus materials, this must-have set will be available from HBO Home Entertainment on 8th September.

To be in with a chance of winning this amazing Blu-ray collection, just answer the question below.