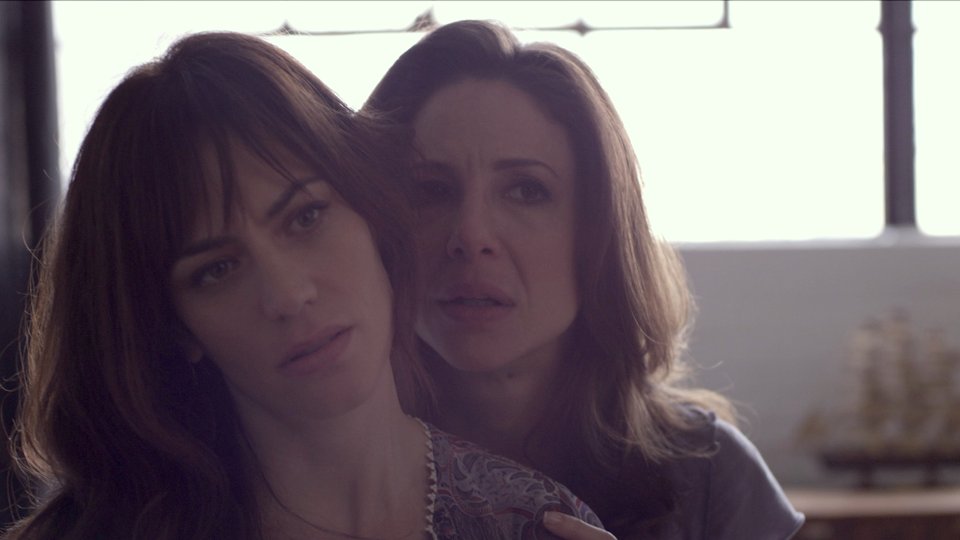 Stacie Passon’s debut feature Concussion, which had a successful World Premiere at Sundance and won the Teddy Special Jury Prize in Berlin last year, will be released on DVD on 8th September 2014.

A modern day twist on ‘Belle de Jour’, Concussion is a sexy, provocative, and passionate film that explores the consequences of a woman turning her fantasy life into reality.

Stacie Passon’s accomplished film, produced by iconic director Rose Troche, features breakout performances from Robin Weigert (Deadwood) and Maggie Siff (Mad Men, Sons of Anarchy), and explores the secret desires and sexual re-awakenings of women with a mix of sensuality and poignancy that will appeal to men and women alike.

After Abby, an attractive 40-something, wealthy housewife, is smacked in the head by her son’s baseball, she begins to yearn for something else, something more than her banal suburban life. Determined to take on a new project, she buys a pied-à-terre in Manhattan. But walking around the city streets reminds Abby of what it feels like to be sexy and her pent-up libido compels Abby to invent a secret double life that draws her deeply into the world of high-end prostitution for women.As Abby becomes more and more obsessed by her new role, and as her decisions become increasingly reckless, we realise that she won’t be able to contain this secret forever…

“Writer-director Stacie Passon’s dramatic competition entry is as provocative as any Sundance film so far this festival, no small feat in a line-up overflowing with stories about sex, but Passon isn’t interested in titillation. The sex scenes in “Concussion” are shot intimately, not pruriently, and are designed to dramatize how much is missing in Abby’s life.” – LA Times

Embark on a journey of self discovery with Concussion on DVD September 8th 2014.

To be in with a chance of winning one of 3 Concussion DVDs, just answer the question below.