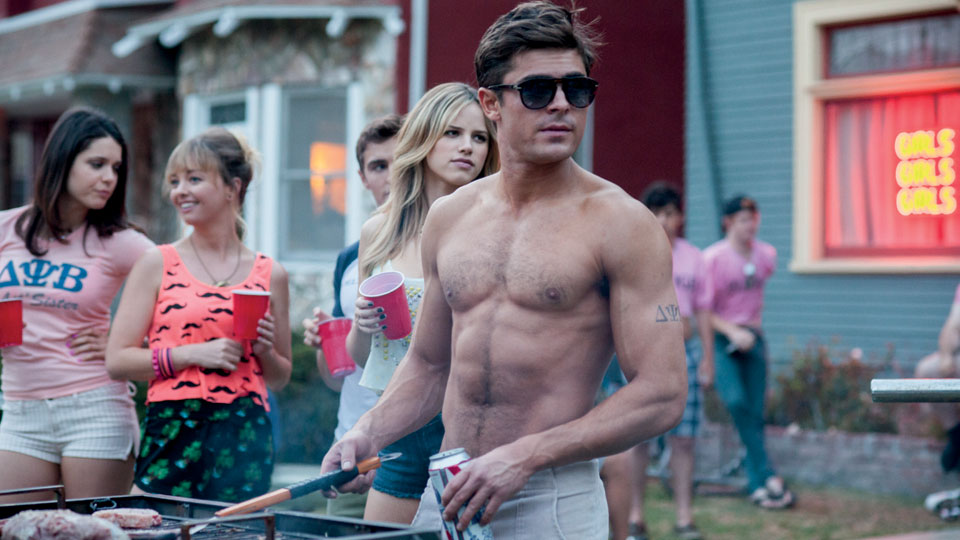 To celebrate the release of one of the craziest and funniest comedies of the year Bad Neighbours on Blu-ray™ and DVD on September 8, we’re giving 5 lucky winners the chance to get their hands on a copy of the Blu-ray™!

The war with next door between Seth Rogen (Knocked Up, Superbad) Rose Byrne (The Internship, Bridesmaids) and Zac Efron (17 Again, That Awkward Moment) is packed to the brim with laugh out loud moments in the outrageous comedy Bad Neighbours.

Mac Radner (Rogen) and his wife Kelly (Byrne) are happily married and blissfully living their suburban dream with new born daughter Stella. That is until Delta Psi Beta, a group of young college boys, led by the charming Teddy Sanders (Efron), move into the house next door. Despite Mac and Kelly whacking on their caps and attempting to see the new guys on the street as an opportunity to get down-with-the-kids, the noise and relentless partying is just too much,  sparking a battle for the street between the teenage bros vs. the thirty-somethings resulting in all hell breaking loose!

From the guys who brought you This is the End and the director of Forgetting Sarah Marshall, the film follows the neighbours on a hilarious journey as they fight for dominance in the ultimate battle across the garden fence.

To be in with a chance of winning a copy of Bad Neighbours on Blu-ray™, just answer the question below.