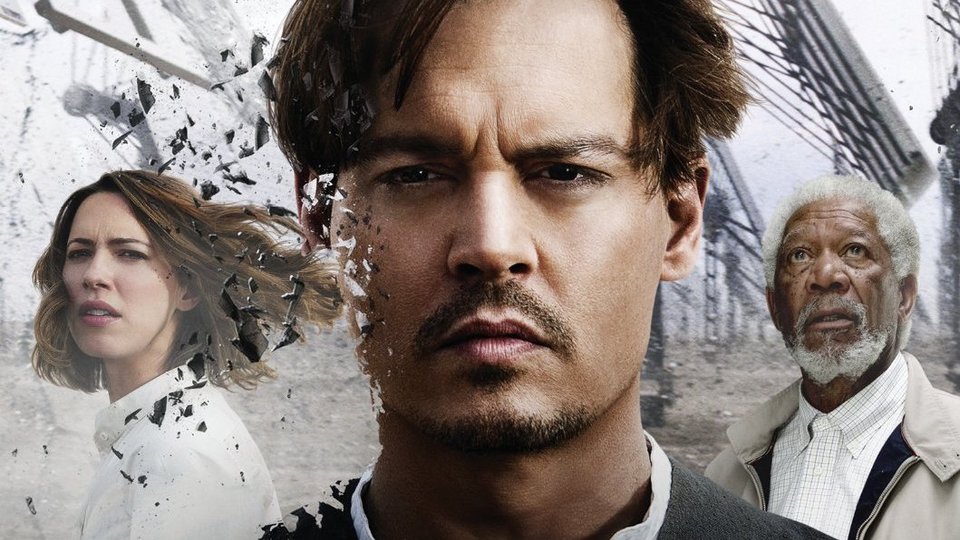 Dr. Will Caster (Johnny Depp) is one of the leading scientists in the world thanks to his work in creating sentient artificial intelligence. When Caster is shot by an extremist group and falls victim to radiation poisoning, there is no hope of surviving. His wife Evelyn and best friend Max decide to continue his work of linking his mind to a computer and create an intelligence package with the collective capabilities larger than the human race. As Caster’s body dies, his mind lives on in the computer but soon his power threatens the future of mankind.

Most noted for being Christopher Nolan’s cinematographer for the majority of his films, and having won critical and commercial acclaim for his work on The Dark Knight Rises, Wally Pfister steps into the director’s chair for the first time with Transcendence. This has been one of the hottest scripts in Hollywood for the past few years. But what sounds good on paper doesn’t necessarily translate well to the big screen and sadly that’s the case with Transcendence.

It has so many big ideas that sadly are not put into the movie in the correct way. Artificial Intelligence comes across as only for the highly intelligent and not for the weak willed, it feels preachy and over the top in its explanations – you’ll struggle to keep up with the terminology. The battle for the planet feels like a trickle that never full bursts into life. The finale is so messy too with how it’s trying to portray this fight between humans and sentinels. The CGI and cinematography is as impressive as you would expect, using the old phrase ‘less is more’ that by the time the finale rolls around, the CGI is the only imposing moment worth sticking around for.

Depp manages to steer away from another Captain Jack impression, but he looks and feels wasted in a  role that really only requires him to speak with a stern voice and nothing else. It’s not a role that has stretched his acting abilities. Paul Bettany, one of England’s great actors, is woefully underused in Transcendence. He deserves a bigger role, which seems to involve nothing more than making rash decisions and then pondering if he made the right one. In fact it’s Rebecca Hall who manages to take the film by the scruff and give it a good workout. She punches her way through several emotions that invade her character throughout the story. Always an engaging watch, Rebecca gives some of her best work here and that’s what makes the film watchable as we follow in the roller-coaster that is Evelyn’s new life.

Transcendence has, at its core, an impressive idea. But it’s communicated in such a manner that it goes too far down the rabbit hole and leads it into a black hole of boring. By the time the end of the world is being spoken about, we just felt like a pull of the plug would cure theirs, and our, need to stop this from churning on.

In this article:Johnny Depp, Transcendence