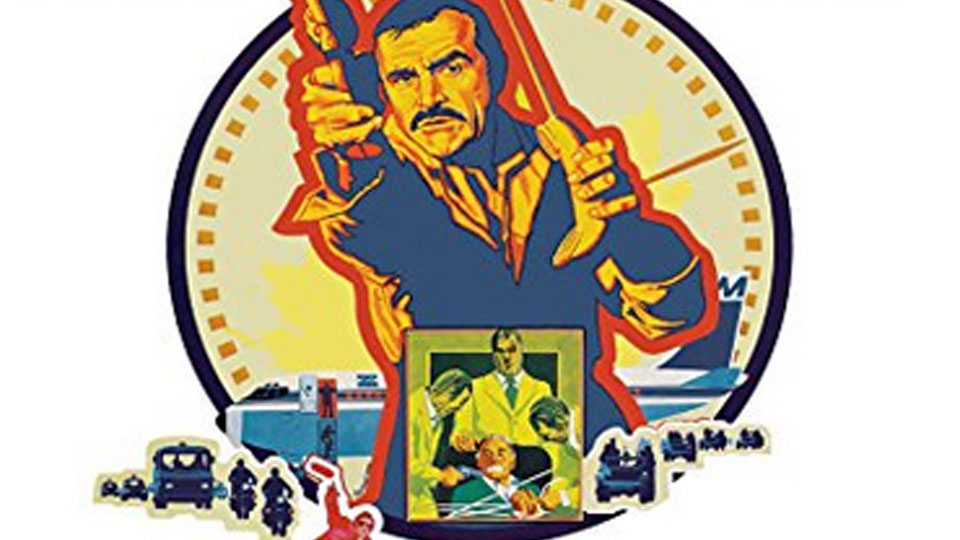 Ransom is a 1974 British thriller starring a post-James Bond Sean Connery as a Scandinavian security chief charged with thwarting the terrorist plot of aeroplane hijacker Ian McShane (best-known as antique-dealing detective Lovejoy in the UK). It’s shot in snowy Norway, and the location, captured by cinematographer Sven Nykvist, is one of the film’s triumphs.

Sean Connery, never a noticeably good actor, could be coaxed into giving a good performance if handled by a great director (Hitchcock brought the best out of him in Marnie, Attenborough in A Bridge Too Far – contrast his laughable turn in the execrable First Knight). In Ransom, he falls somewhere in between. Still trying (and failing) to shake off James Bond, having relinquished the part for the second time only three years earlier, Connery glowers and plays the tough guy with adequate conviction, but director Caspar Wrede, who had vastly more success in the theatre and adapting literary works, isn’t a natural choice for a thriller, leaving the leading man’s performance dry and uninspired.

As well as failing to bring the best out of his star player, Wrede’s stewardship of the movie can be faulted in other areas. Inappropriate direction sees characters turning and walking up and down on the same patch of ground, for no better reason than to lend the scene some movement. It would look fine on stage, but is jarringly artificial on film.

There’s the perennial leap of the imagination required throughout Connery’s career as a result of the severe limitations of his talent: we are asked to believe he is Scandinavian in spite of his undisguised Scottish accent. A thick fur hat does the character work for Connery here.

The plot, concerning the taking of hostages both on the ground and in an aeroplane, is reasonably well-handled to begin with, though the thinness of it quickly strains. This is realised too little too late, as the last ten minutes becomes overly-convoluted and confusing.

Ransom has too many shortcomings in crucial areas to strongly recommend it, but it’s not without entertainment value. Ian McShane makes for an enjoyable villain, and has the dubious distinction of being the best thing about the movie, since characterisations are so slight it’s impossible to care about the fate of anyone involved. There’s also a decent turn by the recently-deceased Jeffry Wickham, who carved out a lucrative career playing stuffy civil servants and weak upper class English officials. The problem is that there are far superior thrillers of the same era that are both better directed and performed than this rather sterile, run of the mill offering.

Ransom is released as part of Network’s The British Film collection.