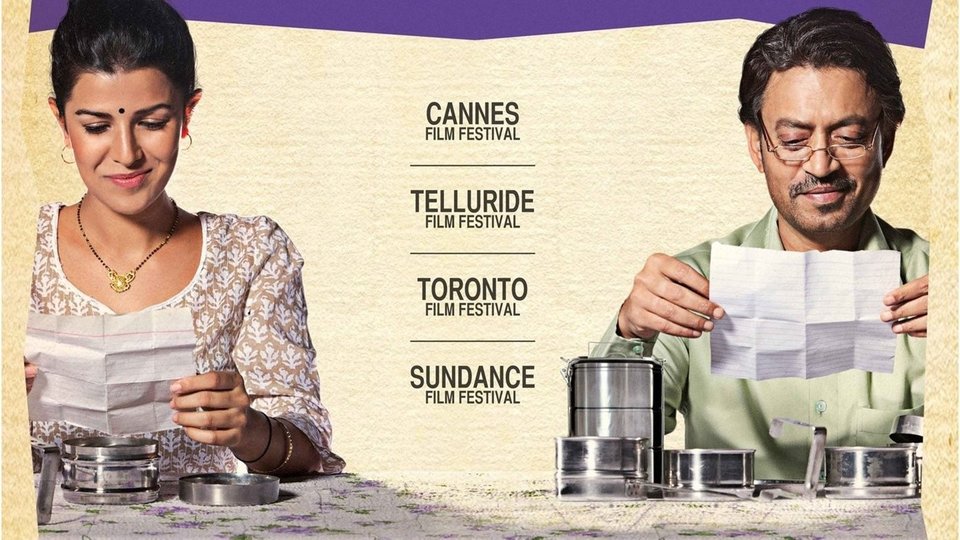 Mumbai’s world-famous Dabbawalas pick up and drop off meals throughout the city. During a rare mix-up, a young housewife’s cooking inadvertently gets delivered to an office worker who is nearing his retirement. By exchanging notes in the lunch boxes, Ila (Nimrat Kaur) and Saajan (Irrfan Khan) strike up an unlikely friendship, with the food acting as a go-between in their budding relationship.

Writer/Director Ritesh Batra’s sumptuous treat delights from start to finish. The nature of the story gives plenty of opportunity for culinary exposition, with scenes that wouldn’t be out of place in an actual food show. Batra’s style of movie-making also lends itself perfectly to the subject matter with a warm, embracing vibe surrounding every scene. The food preparation mirrors the sentiments of the characters and binds this movie together perfectly.

Life of Pi’s Irrfan Khan leads this bittersweet tale of love exceptionally well and hands in one of his career-best performances. Saajan, on the surface at least, could be construed as a simple character but it’s Khan’s ability to convey something with just a look or an expression that makes Saajan so much more. You feel his situation through every one of Khan’s traits and share the character’s regrets, frustrations and blossoming hopes.

Khan has a delightful chemistry going with Nimrat Kaur too and it’s this dynamic that makes The Lunchbox such a delight. Kaur manages to navigate away from all the clichéd trappings her role could have fallen victim too. Instead she plays Ila with a confidence and fragility that’s captivating to see unfold. Her comical exchanges with her aunty living upstairs is also a funny addition to the story; giving light-hearted but integral perspective to this budding romance. Nawazuddin Siddiqui also adds a nice dynamic as a good-natured employee Saajan has to train before he retires.

If your only exposure to Indian cinema is Bollywood then please check this out. The Lunchbox is a delicate, restrained and gloriously passionate character-study about love and second chances that charms and delights at every opportunity. Don’t miss this bitter-sweet gem of a film.