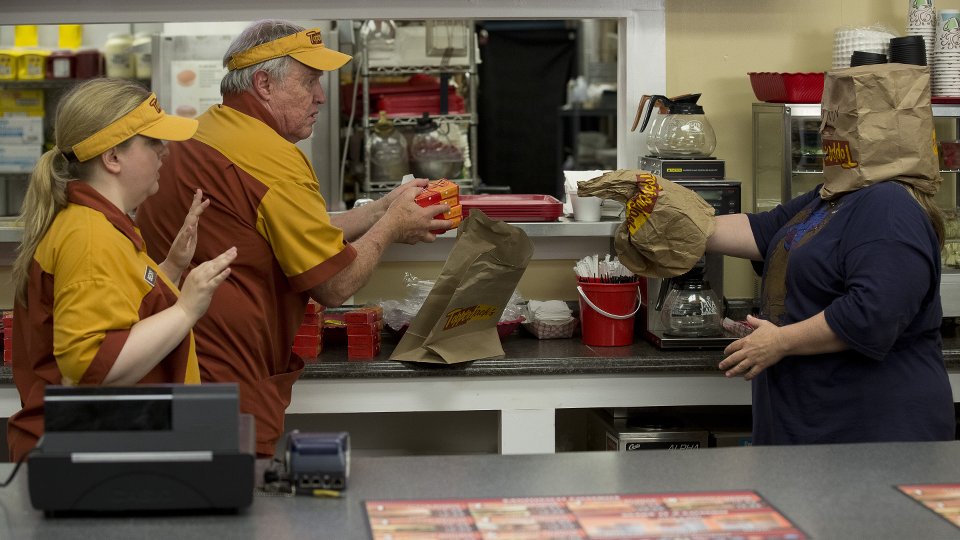 A new clip has been released from Melissa McCarthy’s new comedy Tammy.

In the 90 second clip, Tammy (McCarthy) attempts to rob a takeout restaurant. With a paper bag on her head and a ‘gun’ in her hand, Tammy hilariously tries to pull off a stick-up but struggles to keep her mind on the job.

The synopsis for Tammy is: After losing her job and learning that her husband has been unfaithful, a woman (Melissa McCarthy) hits the road with her profane, hard-drinking grandmother (Susan Sarandon).

Tammy is released on 4th July 2014. Watch the clip below:

In this article:Melissa McCarthy, Tammy