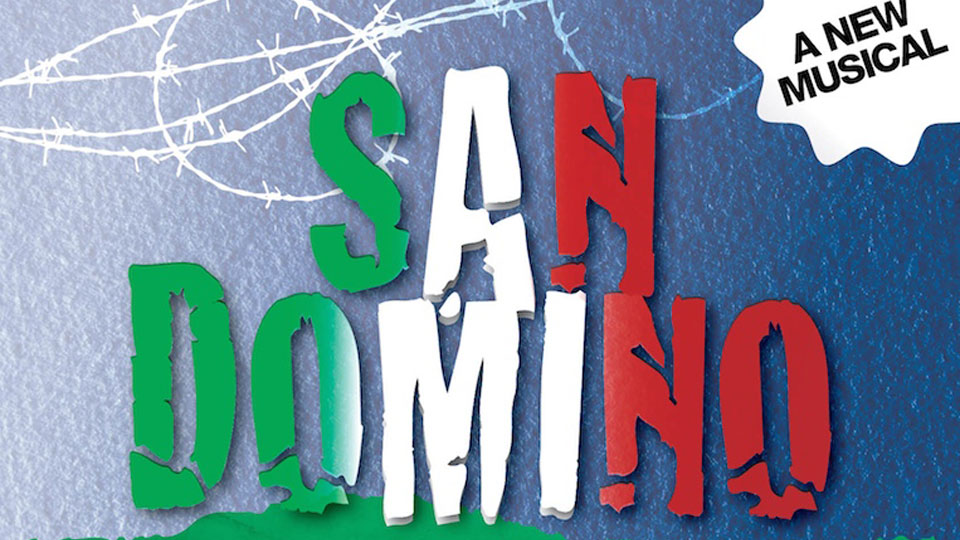 A brand new musical, written by Tim Anfilogoff and Alan Whittaker, and directed by Matthew Gould, is to play at the Arcola Theatre in Dalston from 4th to 6th August.

San Domino will feature Mike Christie, best-known as quarter of pop-opera group G4, and Matthew Hendrickson of the Reduced Shakespeare Comany in the cast.

Catania, Sicily, 1939. Carlo, Claudio and friends receive a visit from the new Chief of Police, a fanatical supporter of Mussolini’s policy of upping the birth-rate and stamping out degeneracy. The terrified men are condemned without trial on the evidence of a friend-turned-informer and sent to San Domino, 600km from home – a remote prison island solely for gay men. The events of the 30s are framed by – and linked to – a visit to San Domino in 2013 by gay activists. They are eager to challenge modern Italy’s resistance to giving homosexuals rights, or ending the state’s voluntary amnesia about what was done under fascism.

San Domino plays as part of the Grimeborn Festival.

Tickets can be booked through the Arcola Theatre website.