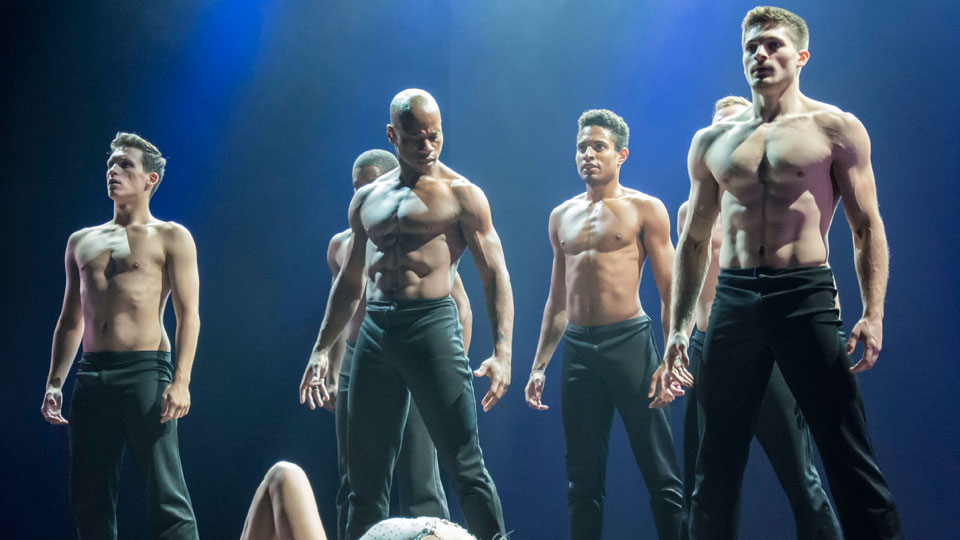 Rock The Ballet arrives for a short stint in London after finding success in the US, Australia and Europe and promises to push the boundaries of dance – maybe it should’ve left well alone.

Acclaimed dancer Rasta Thomas’ Bad Boys of Dance are bad by name, bad by nature in this limp and lifeless show which is likely to both disgruntle traditional ballet fans and deter a more casual audience. The premise is great – modernise ballet by setting it to a current pop/rock soundtrack – but the execution is poor.

The talented and able dancers are hampered by uninspired choreography that often feels awkward. There are also some sloppy moments with dancers not quite keeping to time. Adrienne Canterna is undoubtedly a fantastic dancer, pulling off some thrilling moves, but her chorography underwhelms. There are moments when it feels like things are coming together and you become lost in the movement and music but those sections are few and far between.

The show is set to the backdrop of a screen displaying graphics which are often dated and twee. The lighting doesn’t help either and looks more like something you could see on a cruise liner rather than a theatre.

The talent on stage in undeniable but the cast is let down by a half-baked idea which could’ve been effective and entertaining if taken up a few notches. Rock the Ballet? More like a gentle sway.