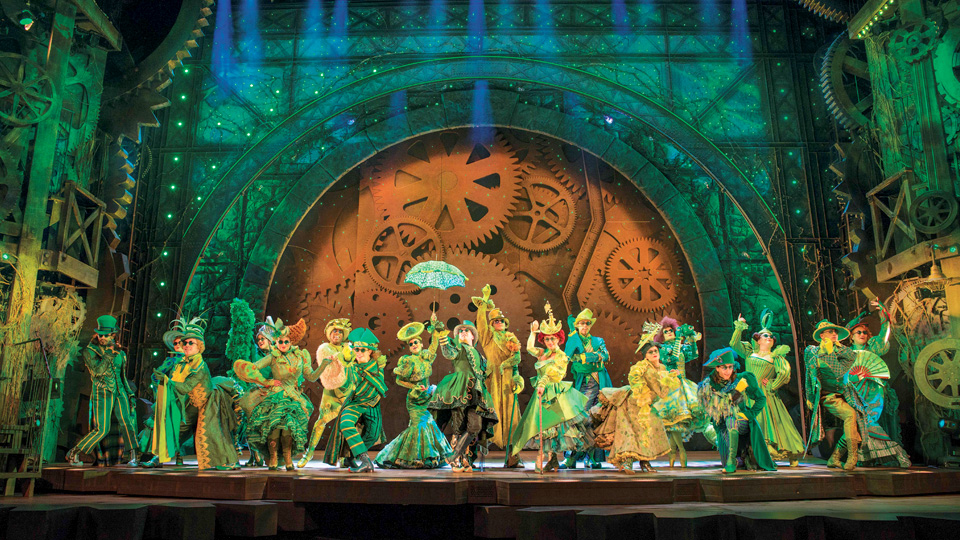 Wicked, the global musical phenomenon that tells the incredible untold story of the Witches of Oz, arrives on 10th June at Leeds Grand Theatre and plays until 5th July.

Nearly 40,000 tickets have been snapped up for the show’s only Yorkshire date on its first ever UK Tour, with extra seats just released. For the last remaining tickets, best availability is at Monday-Thursday performances, including weekday matinees.

Ian Sime, General Manager at the Leeds Grand Theatre, said: “We are delighted that so many people from the region have the opportunity to see this fabulous show on its first ever UK tour. It’s going to be a great show and we’re really excited to welcome it to the City.”

Wicked Executive Producer, Michael McCabe, said: “We have been overwhelmed at the support Yorkshire audiences have shown us. Just over a year after announcing this engagement, here we are at one of the most beautiful theatres in the UK with almost 40,000 tickets already sold ahead of our first performance tomorrow”.

The famous and popular musical has music and lyrics by multi Grammy® and Academy Award® winner Stephen Schwartz, a book by Winnie Holzman, musical staging by Wayne Cilento and direction by two-time Tony Award® winner and Olivier Award nominee Joe Mantello. Wicked, which is based on the acclaimed novel, ‘Wicked: The Life and Times of the Wicked Witch of the West’, by Gregory Maguire, has won over 90 international awards.