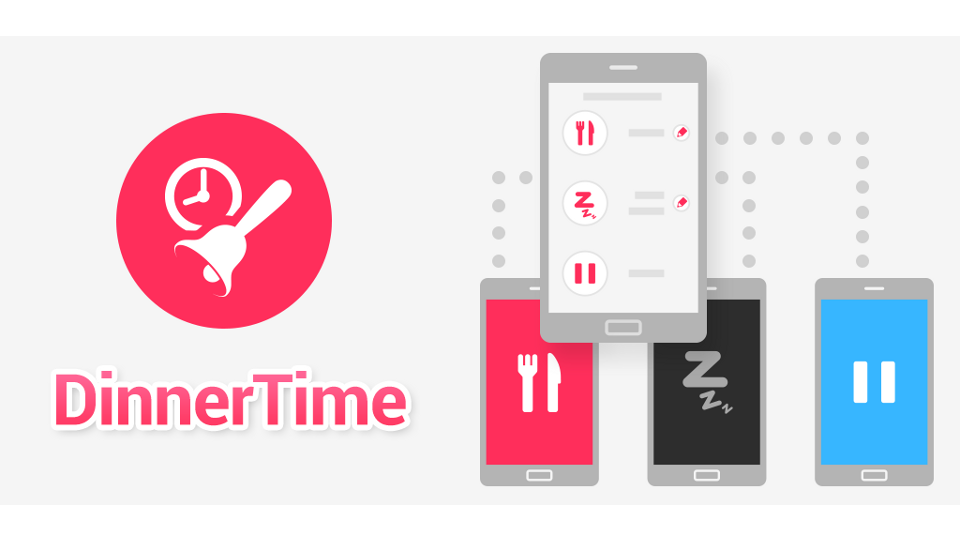 Today ZeroDesktop launches the DinnerTime app which aims to bring families back together without the distractions of mobile devices. DinnerTime gives parents the ability to easily lock and unlock up to two children’s Android tablets or smartphones without any intrusive controls, allowing for more quality time at key family gatherings such as dinner time meals.

According to a recent study of parents, 89 percent of their 6-to-9-year-olds are active online, with only 14 percent of 3-5 year olds being able to tie their own shoes compared to a staggering 57 percent who know how to operate a tablet. With parents finding the process of guiding their children to a healthy relationship with technology more difficult than ever before, the DinnerTime app is as a simple solution for parents who want to limit their children’s activity on their mobile phones.

While the DinnerTime app’s functionalities offer a light engagement between the parent and child, for those who are looking for more sophisticated monitoring the DinnerTime Plus app has the same features as DinnerTime but with added parental controls. These include app and device time limits, usage reporting, and the option to allow and disallow certain apps that your children may find addictive. With DinnerTime Plus you can link up to five kids’ devices and get detailed usage reporting.

[quote by=”Richard Sah, Co-Founder of DinnerTime and father to three young kids”]I’ve noticed that my children find technology to be addictive at times, playing games or watching videos on their tablets or phones, and are easily distracted by their devices at dinnertime and bedtime. This gave me the idea for DinnerTime, as I wanted to create something that could help my children focus on other activities, and we could enjoy quality time together.[/quote]

Once the parent activates the DinnerTime functionality to pause activity on their child’s device, everything from apps and the internet to texting and calling friends is temporarily disabled. Kids can even see a countdown clock, so they are aware of exactly how much time remains before they are able to access their device again – reducing distractions from schoolwork and family time.

Simply install the app on the parent’s device (Android phone or iPhone) and child’s Android device, and DinnerTime can be activated anytime, anywhere.

The DinnerTime app has 4 main features and works from the parent’s phone (Android or iPhone) to link up to two kids’ Android devices:

The DinnerTime Plus app has the features of DinnerTime, with additional functionalities, including:

DinnerTime and DinnerTime Plus are now available to download for free:

In this article:Android, DinnerTime, iOS