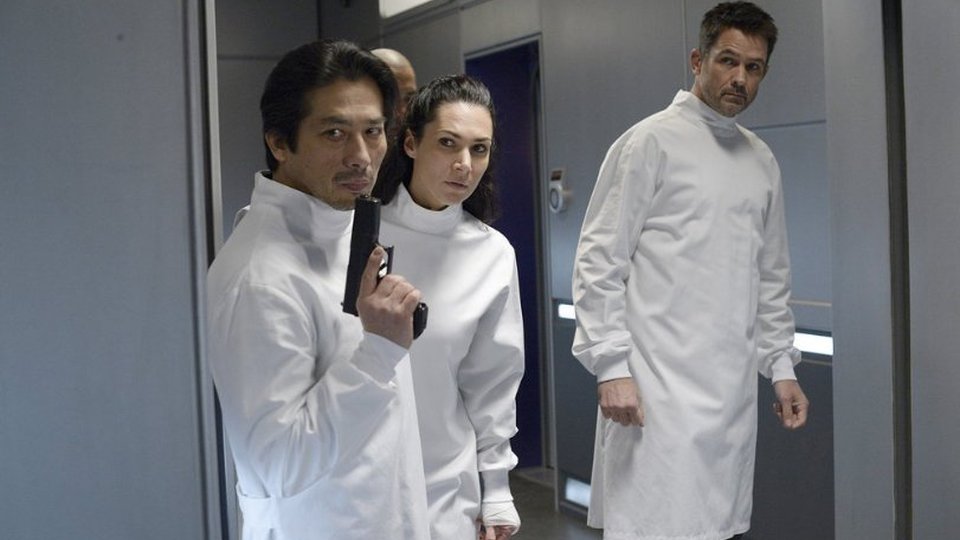 Helix served up a whole heap of shockers in the penultimate episode of the season last week.

Hatake (Hiroyuki Sanada) was forced to choose between his adopted son Daniel (Meegwun Fairthbrother) and his biological daughter Julia (Kyra Zagorsky) by The Scythe (Robert Naylor). As time ran out and he refused to choose, Daniel ended his own life to save Julia.

The episode ended with The Scythe unconscious and Alan (Billy Campbell) seemingly finally in control of the team. How long will that continue? We reckon Hatake won’t take orders for too long.

The season finale is called Dans L’Ombre. Alan leads the battle against the Scythe at the Arctic biosystems base, but can he win the greater war against the Narvik virus?

Tune into 5* tonight at 9pm to watch the episode. Preview it with our gallery below: