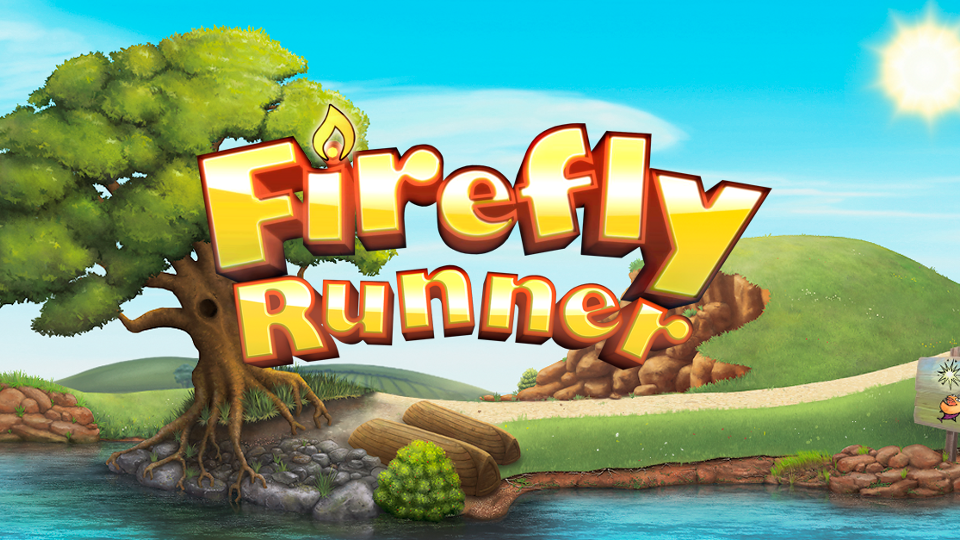 UK based video games developer, Red Kite Games has launched Firefly Runner, an action packed, free-running child friendly adventure for mobiles and tablets. The game is totally free to play and with only one 69p IAP (In App Purchases) removing all advertising. Red Kite Games will donate 15% of the revenues generated by Firefly Runner jointly to the charities GamesAid and Special Effect thus helping both charities in their work for good causes centered around children and young people.

In the game, players can help Switch the courageous firefly, run, fly, shoot and rescue his captured firefly friends on the stunningly beautiful, yet treacherous, Firefly Island. Players can challenge their reflexes by running, flying and firing their deadly slingshot to take out Switch’s insect foes including grumpy hornets, burping slugs and scuttling spiders. Keep Switch alive and you’ll reach gigantic scores, unlock achievements and beat your friends on the online leader boards!

The launch of Firefly Runner has been helped by a series of pro-bono collaborations from games companies including AppyNation, ACE, Carbon Digital, Game Republic, Johnny Atom Productions, Pitstop Productions, PressSpace, Sheridans and Universally Speaking all of whom have donated their services free of charge.

Firefly Runner is now available for free from the App Store, Amazon Marketplace and Google Play.