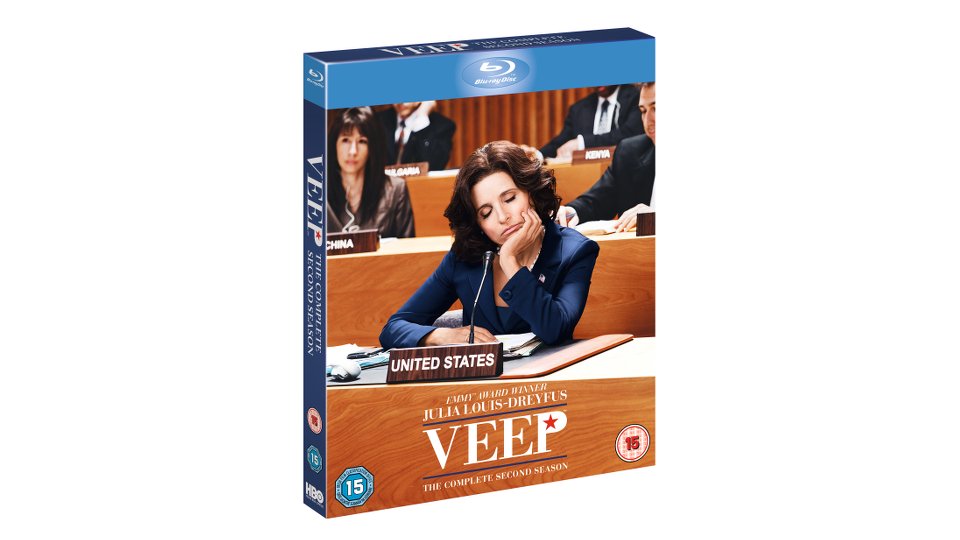 It’s midterms in the White House and we’re back with our Vice President and her long list of not-so- important duties. Join Emmy award winner Julia Louis-Dreyfus as Selina Meyer and witness her hilarious escapades in Veep: The Complete Second Season; released on Blu-ray and DVD on 2 June 2014 from HBO Home Entertainment. The full season and episodes are also available to own and watch instantly on Amazon Instant Video, blinkbox and Google Play.

Following on from the highly successful first season, the second begins with midterm elections looming. Vice President Selina Meyer is scoring higher ratings than the President in several popularity polls, which she hopes will boost her influence and help her curry favor with the Chief Executive. But despite her best intentions, even the most banal actions can set off unexpected and often disastrous consequences.

To celebrate the release of the series this week we’ve got 3 copies of Veep: The Complete Second Season on Blu-ray to give away.

All you need to do to be in with a chance of winning is answer the simple question below:

Advertisement. Scroll to continue reading.
In this article:VEEP