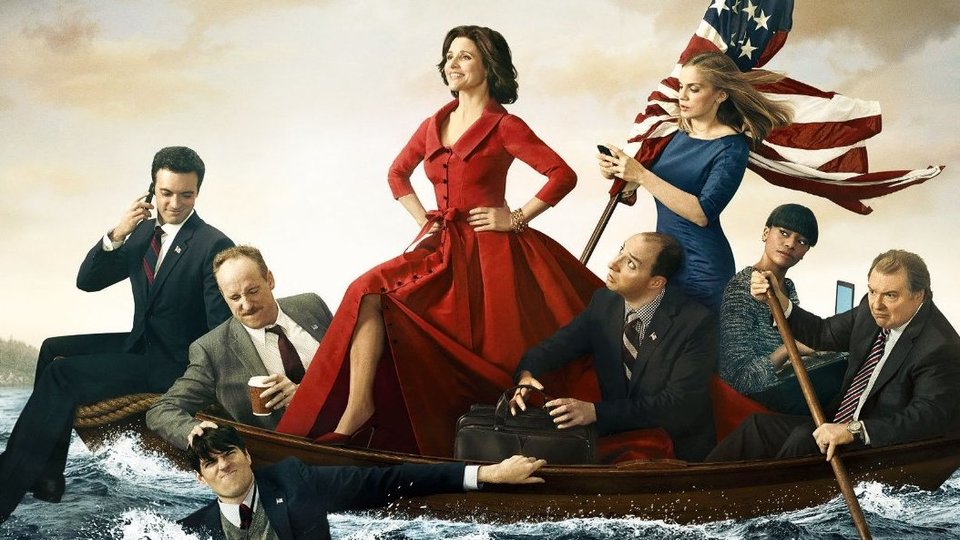 The stakes are high for Selina and her team in the third season of this hilarious political comedy. Starring Julia Louis-Dreyfus in her three time Emmy®-winning role, the Emmy®-nominated series VEEP, created by Oscar® nominee Armando Iannucci, follows the whirlwind day-to-day existence of Vice President Selina Meyer. Veep: The Complete Third Season is released on Blu-ray and DVD on 30th March 2015 from HBO Home Entertainment.

The full season and episodes are also available to own and watch instantly on Amazon Instant Video, blinkbox, Google Play™, iTunes, Wuaki.tv and Xbox Video.

Following the revelation that the president will not seek re-election, the Veep begins eyeing a promotion. Selina and her staff head off to Detroit and Silicon Valley, go on a drug bust with the Maryland Coast Guard, and fly to London to confer with heads of state. Her staff – an ensemble cast including Tony Hale (Arrested Development, Emmy® winner for his role in Veep), Anna Chlumsky (In The Loop, Emmy® nominee for her role in Veep), Matt Walsh (Hung), Reid Scott (My Boys), Timothy Simons (Days Together) and Sufe Bradshaw (Overnight) – are close at hand with a laugh-out-loud combination of personal problems and government-insider antics.

As Dan and Amy battle for the role of campaign manager, everyone helps Selina define who she is and where she stands on fracking, education, reproductive rights and even her hairstyle. With all of America now watching her and her team, even the most banal action can set off a ripple effect that has unexpected consequences.

With special features including audio commentaries, deleted scenes, episodic features and Governor’s Visit, don’t miss your chance to own the hilarious Veep: The Complete Third Season on Blu-ray and DVD from 30th March 2015.

For your chance to win a copy of Veep: The Complete Third Season on DVD, just answer the question below.