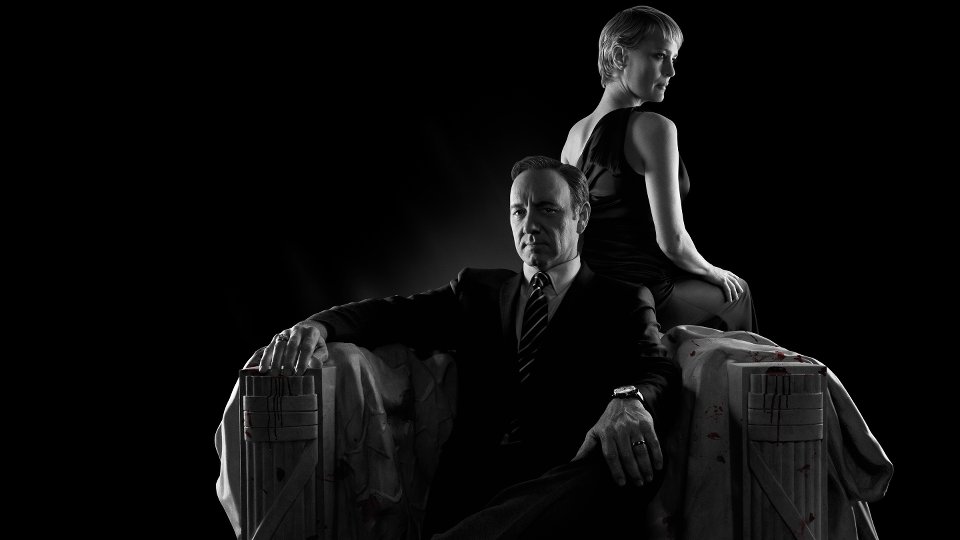 The US remake of House of Cards has been a huge hit for Netflix and its second season was essential viewing when it was released back in February.

If you haven’t seen the second season of the show we suggest you stop reading now so we don’t spoil anything for you. If you have seen it then keep on reading to find out what we want to see when the show returns.

The second season of the show has more twists and turns that we could imagine and opened with an almighty shocker when eager journalist and one-time Frank Underwood (Kevin Spacey) lover Zoe Barnes (Kate Mara) was murdered by the conniving political climber. The plot for the second season saw Frank continue to manipulate anyone and everyone around him with the help of his equally scheming wife Claire (Robin Wright).

The final episode of the season saw Frank ascend to the Oval Office after orchestrating President Walker’s (Michel Gill) downfall and Frank’s Chief of Staff Doug Stamper (Michael Kelly) was left for dead after being attacked by Rachel (Rachel Brosnahan) a former prostitute he had become obsessed with.

We’ve put together the Top 10 things we want to see from the third season of the show when it returns in 2015.

1. Frank to get a worthy adversary. In season 2 he repeatedly came up against Raymond Tusk (Gerald McRaney) , an billionaire and adviser to President Walker, but we never really felt Frank was in that much danger of being found out. In the third season we want the stakes raised so Frank’s position by the end of the season isn’t quite as assured as it has been in the first two.

2. More Claire Underwood. Robin Wright is a phenomenal actress and although we got plenty of Claire in season 2 we’d be happy to have even more in the new season. Last season she got her hands dirty by publicly revealing she was raped and then using former US Marine Private Megan Hennessey (Libby Woodbridge) to help her pursue anti-rape legislation. Now she’s the First Lady we want to see how far she’s willing to go to ensure Frank stays in office.

3. Doug Stamper to live. It didn’t look great in the season two finale when Doug was left lifeless after being attacked by Rachel. He may be a rather disturbing and slimy character but he’s one of the show’s best. There’s much more to explore with him so we hope he hasn’t been killed off.

4. Rachel Posner to get out from under Doug’s thumb. Well this could go a few ways couldn’t it? If she killed Doug she would be free unless she’s caught and arrested. If she hasn’t killed him he could still continue to pursue her and control her life. We’re expecting Frank to go after her regardless so it could be a very interesting season for Rachel.

5. Free Lucas Goodwin (Sebastian Arcelus)! Lucas is potentially one of the biggest threats for Frank and mid-way through season 2 he was imprisoned and abandoned by his former colleagues Janine (Constance Zimmerman) and Tom (Boris McGiver). If Lucas can somehow get out of prison he’ll have a lot of evidence and research to continue building his case against Frank. He also needs to avenge Zoe’s death.

6. Janine to have a bigger role. Only 3 episodes with Janine in season 2 simply weren’t enough for us. The once bitter now scared to death journalist needs to find her oomph again and either help Lucas get out of prison or start building her own case against Frank. She was left good and scared by the FBI but she needs to find her balls and put together a plan of attack.

7. Jackie Sharp (Molly Parker) to continue her power-grabbing. Jackie was a great new character for the show’s second season and she certainly got plenty of screen-time as Frank’s new House Majority Whip. She also had a fling with Remy Danton (Mahershala Ali) and we learned she wasn’t quite as tough as she’d like everyone to believe. Jackie was key in helping Frank impeach the President and she stood up to Claire over the anti-rape legislation. She’s like a mini-Frank in the making and we expect her to cause all kinds of issues.

8. More Edward Meechum (Nathan Darrow). Season 2 threw us a jaw-dropping moment when Frank’s bodyguard indulged in a little ménage-a-trois with the Underwoods. The moment was a complete surprise and wasn’t mentioned after. Just who is Edward Meechum we ask? We have a lot of questions and we want some of them answered!

9. Garrett Walker to realise what Frank did to him. The former President had many doubts about Frank’s loyalty over the course of season 2 but the two men ended on good terms. Now that Garrett is no longer President we hope that doesn’t mean he’ll be no longer in the show. After what the Underwoods did to him and his wife there’s plenty of scope for a revenge plot to take the usurpers down.

10. Plenty more twists, turns and surprises. We’d say this one was a given but we love how we never know what House of Cards is going to throw at us next. The mixture of superb acting and writing means we’re constantly surprised and season 3 has a lot of pressure following two excellent seasons. We hope the writers throw us a real curveball.

House of Cards is expected to return in 2015 on Netflix for its third season.