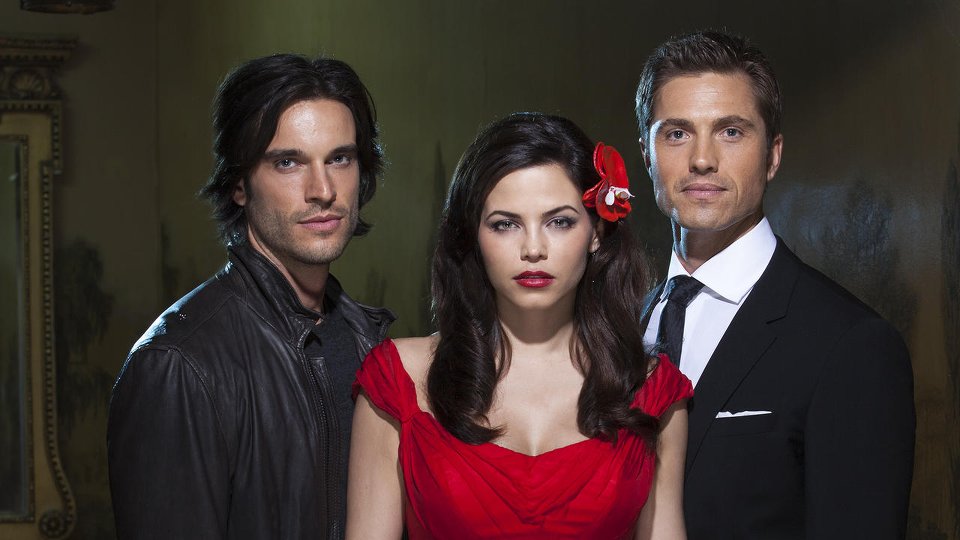 Two scorching hot posters have been released for Witches of East End ahead of its season 2 premiere.

The Lifetime show has been creating quite the buzz online and the two new posters featuring shirtless Killian (Daniel DiTomasso) and Dash (Eric Winter) are likely to keep that buzz going for a while yet. The two new posters show the brothers with their backs to the camera and a glow in their eyes. Above their heads is the tagline ‘Darkness Is Rising’.

The first season of Witches of East End saw the brothers’ powers activated following the death of their mother. The fate of Killian was left hanging in the balance but it looks like he’s going to be just fine.

Witches of East End returns to Lifetime on 6th July in the US and should follow soon after in the UK. Check out the red hot posters below: