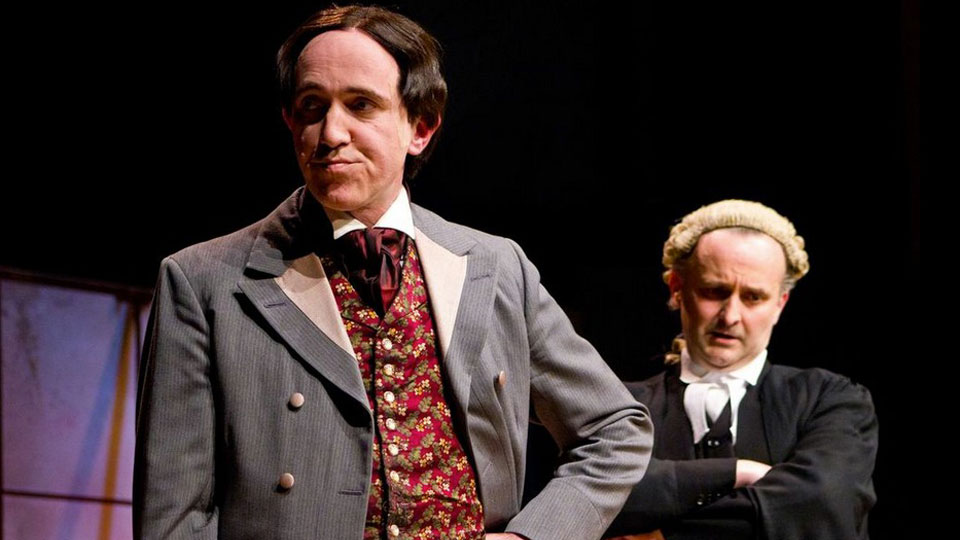 There will be a special charity performance of European Arts Company’s critically acclaimed production of The Trials of Oscar Wilde in aid of the lesbian, gay and bisexual charity Stonewall. It will take place on Sunday 15th June at 7.30pm at the Greenwich Theatre, London.

Thursday 14th February 1895 was the triumphant opening night of The Importance of Being Earnest and the zenith of Oscar Wilde’s career. Fewer than 100 days later he found himself a criminal, a social outcast, bankrupt, and with two years of hard labour in prison awaiting him.

The part of Wilde’s story that is less often told is what happened during his trial? Was he harshly treated or the author of his own downfall? This production uses the actual words spoken in court, leaving audiences knowing what it was like to be in the company of a flawed genius.

Merlin Holland says: ‘I’m delighted to be working with European Arts Company on a dramatised version of the trials of my grandfather, Oscar Wilde. Over the years, there have been a number of attempts to tell the story on stage but none of them has really managed to bring alive the drama of Oscar’s courtroom appearances. Using the actual words from the libel trial, recently discovered more than a hundred years after the event, and with a careful reconstruction of Wilde’s prosecution by the Crown for homosexuality, it’s a chance for audiences to see the real Oscar for the first time. This new production shows him fighting for his art as well as his life and we get a real sense of Oscar’s intellect at full stretch – his complexity, wit and deep humanity.’

Richard Lane, Media Manager of Stonewall said:‘We’re thrilled that European Arts Company are supporting our work and delighted that money raised from the June 15 showing of The Trials of Oscar Wilde will support our work to tackle homophobic bullying in schools. Many people are unaware of the persecution that Oscar Wilde faced simply because of his sexual orientation. It’s important that we continue to tell this story to inspire future generations’.

Check out our interview with the director of The Trials of Oscar Wilde: Peter Craze.

Proceeds from ticket sales for the show alongside a traditional after show bucket collection will help to raise funds for Stonewall.