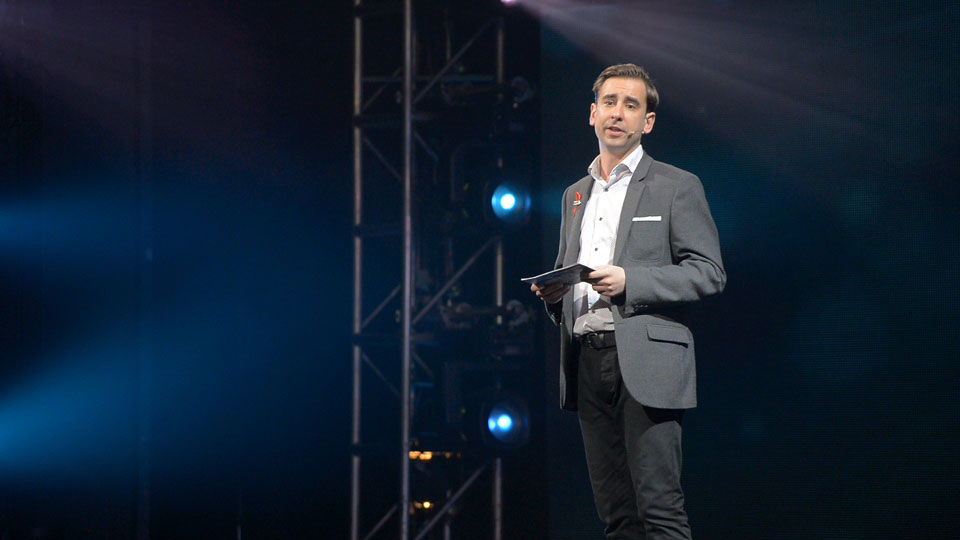 West End Eurovision (WEE), an annual event that pits West End shows against one another, has controversially ended in a tie with Mamma Mia and Les Miserables sharing the top award, whilst raising in excess of £60,000 for The Make A Difference Trust, the charity that offers support to those living with or affected by HIV.

The celebrity-studded event took place at the Dominion Theatre last week. The audience and judges, including TV and radio personality Graham Norton, X Factor’s Rylan Clark, Caroline Quentin and Lesley Joseph, were torn between the cast of Les Misérables’ rendition of Flying The Flag by Scooch and Mamma Mia!’s performance of Abba’s Waterloo.

The event was also memorable for three speeches from: Charlie Hardwick, Val Pollard in Emmerdale, whose character has recently been diagnosed HIV positive; Harriet Thorpe, currently rehearsing at the National Theatre; and award-winning director, Andrew Keates (known for directing Martin Sherman’s Passing By and Bent, ROOMS – a Rock Romance and Howard Goodall’s A Winter’s Tale), who announced he is HIV positive. Talking about his experience directing a revival of the first ever AIDS play, As Is by William M. Hoffman, Keates said: ‘My cast and production team wanted to know why I wanted to do this play. I explained I thought it was a beautiful story of one person reaching out to another and asking them to take to accept them ‘as is’. Secondly, I wanted to respect all those that we had lost, and lastly, I wanted the younger generations (who didn’t live through the horrendous 1980s AIDS epidemic), to be inspired enough to get tested. Then, if one person did find that their status was positive, they could receive treatment in good time. You can imagine my surprise when, after the show, I discovered that actually I was that person. I was HIV+… Anyone who knows me, would know that I have never been anything more than proud of who I am. And why shouldn’t I be? Tonight isn’t about raising money for ‘those with HIV’ but raising money for our friends, colleagues and fellow artists that may fall on hard times. One day that could be me. One day that could be you. In many ways I feel like I am coming out for a second time… The best advice I can give anyone, whether they work in theatre or not, is to get tested, stay safe and not to be ignorant of those of us who are positive. This business is hard enough. Let’s all look after each other.’

For more information about The MAD Trust see, www.madtrust.org.uk or follow @MADTRUST.