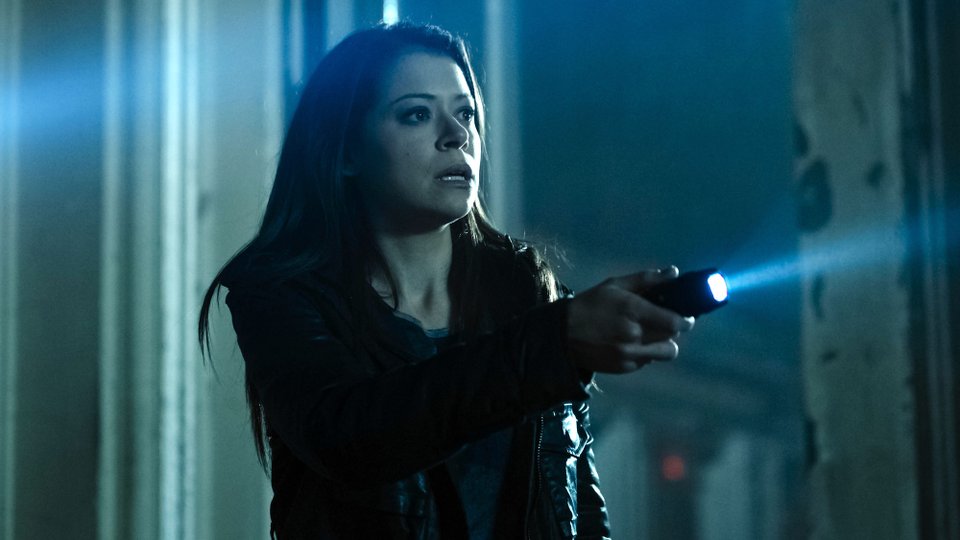 The halfway point of Orphan Black’s second season is coming up this week as the sci-fi drama gets more and more intense.

In the latest episode Sarah (Tatiana Maslany), Cosima and Felix (Jordan Gavaris)continued to dig into Mrs S’s (Maria Doyle Kennedy) past which led them to discover Rachel’s origins. Helena escaped from the Proletheans and Alison found herself in rehab for alcoholism and drug addiction.

The next episode is called Ipsa Scientia Potestas Est. Rachel goes on the warpath and lashes out at Sarah’s loved ones.

Tune in to BBC Three at 10pm on Wednesday to see the episode. Preview it with our gallery below: