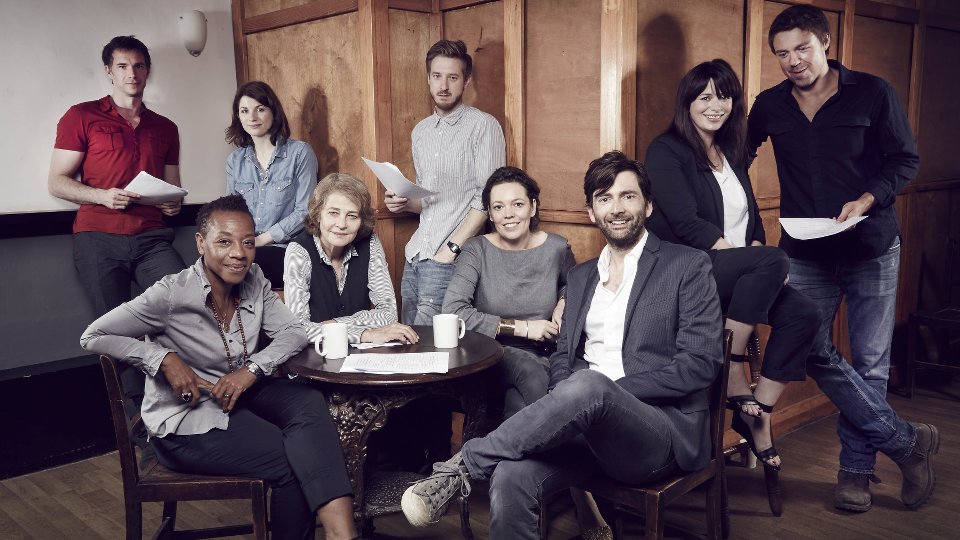 The first two images have been released of the cast for the second series of Broadchurch.

The two candid images show the cast together with their scripts as they prepare for filming on the new series. Included in the images are David Tennant, Olivia Colman, Charlotte Rampling, James D’Arcy, Jodie Whittaker, Arthur Darvill, Eve Myles, Andrew Buchan and Marianne Jean-Baptiste.

Filming on the series is expected to begin soon in Dorset and ITV are keeping all details about the show tightly under wraps. The news of the principal cast has been slowly released over the past couple of weeks.

The US trailer for the Broadchurch remake Gracepoint also debuted recently with David Tennant starring alongside a new cast. He will be starring in both shows it has been confirmed.

A return date for Broadchurch hasn’t been announced yet but we’ll keep you posted. Check out the first images of the cast:

In this article:Broadchurch, David Tennant