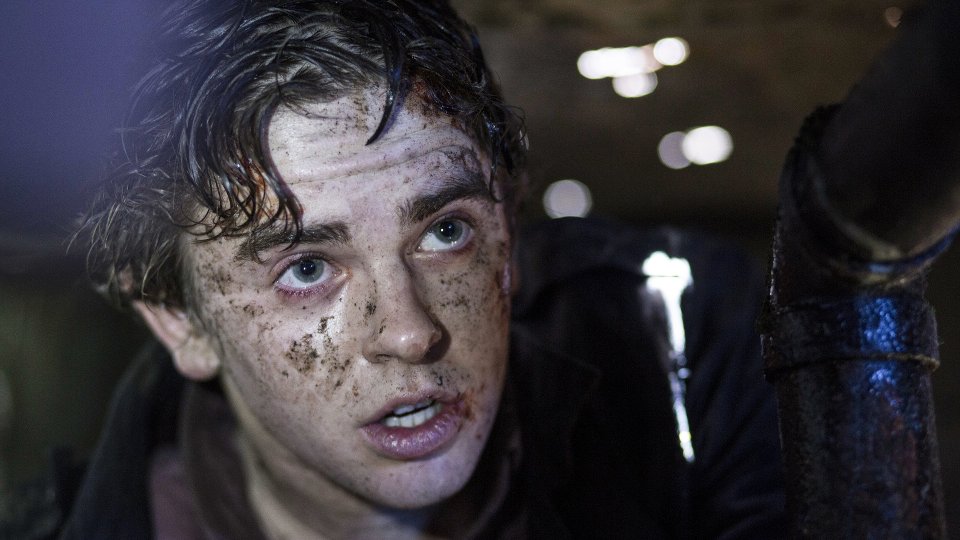 Bates Motel finished off on a cliff-hanger last night didn’t it?

The episode mostly concentrated on Norman’s (Freddie Highmore) ever-worsening relationship with his mother Norma (Vera Farmiga) after she refused to tell him the truth about his blackouts. We also saw the drug war escalating with Nick Ford (Michael O’Neill) who tried to use his power to get Norma to arrange a meeting with Dylan (Max Thieriot).

We also saw Romero (Nestor Carbonell) confront Norman about the semen sample found in Miss Watson’s dead body. Shortly after that Norman was kidnapped and we assume it’s something to do with Nick Ford.

The next episode of the season is called The Box. Norma tries to reconnect with Norman, while Dylan must decide whether he should risk his life to save a loved one.

Tune into Universal at 9pm on Wednesday for the penultimate episode of the season. Preview it with our gallery below: