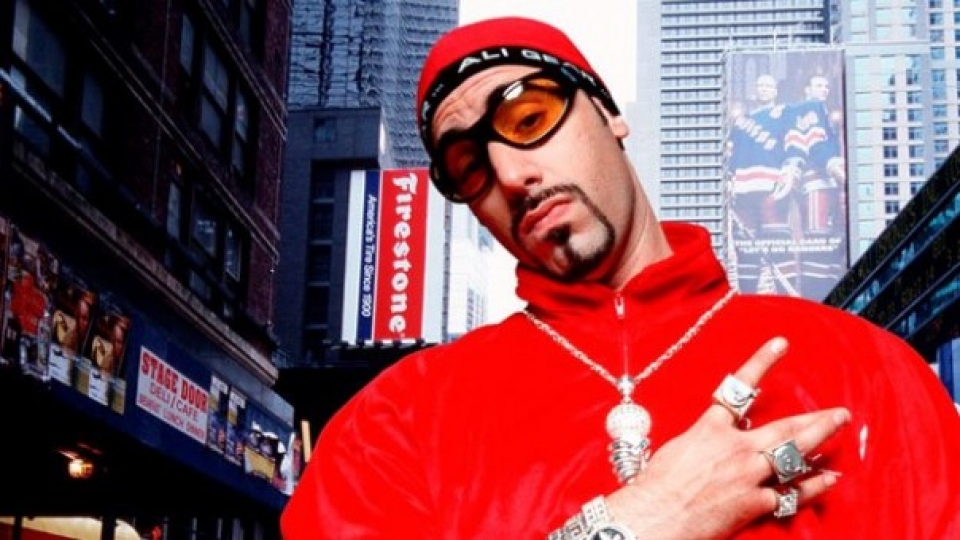 Ali G’s most shocking and scandalous moments can be yours to watch again and again on DVD. Ali G, an excruciatingly entertaining personality, was created by the BAFTA award-winning actor Sacha Baron Cohen and shot to fame in 1999 on Channel 4’s the 11 o’Clock Show. Ali G later starred in his own series on the channel entitled The Ali G Show.

Ali G is the uneducated, bad-mannered leader of the Da West Staines Massiv gang, who inflicts his personality and unique style of questioning on unsuspecting politicians, celebrities and intellectuals. His reign of terror included hysterical interviews with the likes of the late former British Labour MP Tony Benn, David and Victoria Beckham, and feminist author Naomi Wolf.

In In Da USAiii, Ali G is joined by friends Brüno – a gay Austrian fashion journalist – and Borat – an ignorant journalist from Kazakhstan – who film fans will recognise from their subsequent big screen debuts in 2006 and 2009.

Re-live all of Ali G’s most controversial and hilarious interviews, with Ali G Innit, Ali G Aiii, Ali G Bling Bling, and Ali G In Da USAiii, yours to own on DVD now (out on May 12th).

To celebrate these comedy DVDs which were re-released on May 12, we are giving away a set of all 4 Ali G DVDs!

To win, just answer the question below.